The Maharaja defends his title. WWE has posted a new video to its YouTube channel in which they show the full match between Jinder Mahal and Randy Orton for the WWE Championship at the 2017 Money in the Bank pay-per-view.

The Modern-Day Maharaja didn’t just defeat The Apex Predator to retain the WWE Championship he won in shocking fashion last month at WWE Backlash, he did it in front of Orton’s hometown crowd and a cadre of “St. Louis Legends” at ringside that included Greg Gagne, Larry “The Axe” Hennig, Baron Von Raschke, Sgt. Slaughter, Ric Flair and The Viper’s father, “Cowboy” Bob Orton.

With that kind of support, Orton was feeling it from the second he walked through the curtain, and the crowd’s chants of “RKO” very nearly willed The Viper to hit his fearsome finishing move just seconds into the match. But thanks to an assist from The Singh Brothers, Orton found himself flipped over the ropes to the tune of a tweaked knee, and the 50th WWE Championquickly went to work, unleashing a smothering attack on The Viper’s injured knee that included a Figure-Four Leglock in mockery of The Nature Boy at ringside.

It was when Mahal attempted to mock “Cowboy” Bob at ringside with a superplex, however, that Orton found his fury once again. The Viper freed himself to administer his father’s signature move, and moments later, got the better of Mahal in a forearm-uppercut exchange before hitting him with the hanging DDT. Finally in his groove, Orton landed the RKO … and The Singh Brothers saved Mahal again, placing The Maharaja’s foot on the rope in a blatant attempt to get him disqualified. Orton would have none of it.

The Apex Predator petitioned — successfully — to stop referee Mike Chioda from throwing out the match. Chioda ejected The Singh Brothers instead, but Sunil & Samir’s threatening of “Cowboy” Bob at ringside landed them in Orton’s warpath. Yes, Samir got backdropped onto the commentary table again, and no, Orton didn’t seem to feel remotely bad about it this time. Sunil also caught an RKO on the floor; Samir took one through the table.

Thanks to The Singh Brothers’ persistent meddling, Mahal again had time to recover. And once more, The Maharaja was ready when Orton turned his attention back to him. The Viper wandered straight into the path of the Khallas, and Mahal retained his WWE Title.

I know that a lot of people don’t like Jinder Mahal or didn’t like his title reign, but I am not one of those people. I believe in the Modern-Day Maharaja and thought that his championship run was not only good, but well-deserved. I hope that he’ll get another run with the belt, however, I don’t think that will be happening any time soon. 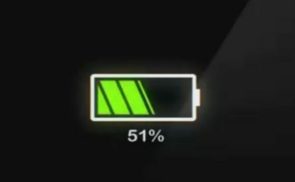 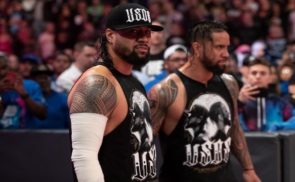