He knows what it’s like to be a champion. WWE has posted a new video to their YouTube page, in which they show the full match between AJ Styles and Kevin Owens from Battleground 2017.

It was here that Owens defeated Styles to become the United States Champion.

Fittingly enough for a rivalry that has hinged on heartbreakers and shockers in equal measure, KO and Styles seemed to be one minute away from a full-on fistfight from the second the bell rang. Owens was particularly rabid, looking to avenge his honor after losing the title in a stunning upset to The Phenomenal One at a WWE Live Event in Madison Square Garden three weeks ago.

The proud champion swooped on The New Face of America like a Georgia-born bird of prey. Owens employed a ground-and-pound strategy to counter, muscling Styles down to Chinlock City. Even when Styles rallied to hit some of his more breathtaking maneuvers, KO hung tough, kicking out and countering almost everything the champion threw at him, including a springboard 450 and a Torture Rack-powerbomb hybrid.

His most genius counter, however, was sliding out of the ring right as Styles prepared to hit the Phenomenal Forearm, at which point KO clotheslined Styles’ leg out from under him and caused The Phenomenal One to land painfully on his right shoulder. When the champion attempted to hit the Styles Clash, Owens hoisted his foe on his shoulders and threw him — literally threw him — into the ref.

Champion and challenger traded crossfaces while the groggy official slowly roused from his slumber, and the ref came to just as Owens managed to roll The Phenomenal One onto his back for the three. For what it’s worth, both Superstars proved themselves worthy to hold the “workhorse” championship. That said, there’s only one man who can.

When two of the best of all time square off, magic is made. This was the case here and is a match that I thoroughly enjoyed coming back to you! 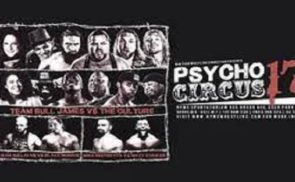 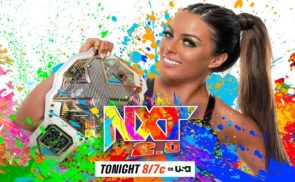