Update on Shinsuke Nakamura’s Injury; How Long He May Be Out

It had been previously reported that Shinsuke Nakamura recently suffered an injury, after being bitten by a police dog before a Live Event last week.

But how long will he be out of action?

According to a report from Nikkan Sports, with translation to Wrestling Inc., Nakamura may be only be out of action for a couple of weeks.

He appeared at a Live Event in Tokyo a few days ago, sporting crutches. After cutting a promo, he was attacked and choked out by Samoa Joe.

#WWETokyo Shinsuke Nakamura entered the ring with a crutch, and read a little promo before being attacked by Samoa Joe.

Credit to the owner. ? pic.twitter.com/azJs11Zueb

Nakamura is currently in a program with Jeff Hardy, and was scheduled to challenge him for the United States Championship on Smackdown Live a couple of weeks ago. However, the injury caused him to be pulled from the title match and off of television all together.

This is excellent news. While an injury like a dog bite wouldn’t be so bad itself, it could have been worse if he was infected with rabies or something like that. Glad that he is OK and I look forward to seeing him back on television soon! 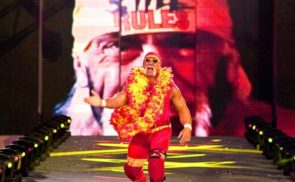 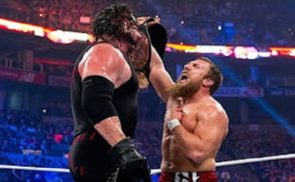