WWE Hall of Famer Trish Stratus recently sat down with Channel Guide Magazine, to promote her upcoming movie “Gridlocked.” In the interview, she discusses a number of topics, including the character she portrayed in WWE, the current state of the Women’s Division, the upcoming brand extension, and more.

On her role/character in WWE:

“I had to show that a strong, confident woman can hang with the boys. This character [in “Gridlocked”] was very much like Trish Stratus with the way she was one of the few females there. She knew she had to keep her tough exterior, kick ass and prove herself on the job to show she belonged here. She had to prove she wasn’t just some chick on the force. She was part of the team.”

On the current state of the Women’s Division:

“I am loving the chance they are getting,” she said.

“That is what it comes down to. They are getting the chance to shine and utilize the talent they have. It’s great. It’s a good time to be a woman in WWE right now. I think if you’re a woman coming up and need something to aspire to there are some positive role models. The girls are doing a fantastic job.”

“I’ve known Ashley since she was young, when Ric [Flair] would bring her around backstage, I watched her grow up. I remember seeing her when she had just started in NXT. I was like, ‘Girl, you look amazing. You are going to fit right in here.’ She had these crazy arms and awesome shoulders. I felt she was going to work well in this world. So to see her come up has been exciting. She is really excelling in this heel character. It’s fun to watch.

“I think it’s a good thing that I really can’t pick one girl that stands out. I think everyone is doing something unique and giving a different flavor. My whole thing in the past was the characters weren’t being developed. You couldn’t get a sense of who these women were, which was a shame because you wanted to resonate with them. But now these girls are all connecting in a lot of different ways. You have Paige doing her thing. I think Becky is just great. She has such a unique presence about her and what she does in the ring. I’m enjoying all of them.

On the upcoming brand extension:

“I think it’s a great move,” Stratus said. “There is just so much talent right now. They need the two platforms to allow them to develop the talent and help shape these characters. With so many talented Superstars on the roster, you can’t have them waiting in the wings forever. Because of NXT and the opportunity they have been given to grow at the Performance Center, there are many ready to go right now.  I know when I was there and we had the brand split, there was excitement within the roster. There is so much more potential for opportunity and with the two brands, interesting things can happen, like the Draft became an interesting element for the fans.

“Moving to live is going to be good, too. I know when I was on Raw, I don’t know if it was an internal thing, but that was seen as the A-show. There is nothing like a live performance for the fans and for the performers. I think that combination will be a positive thing.”

You can find the entire interview at this link. 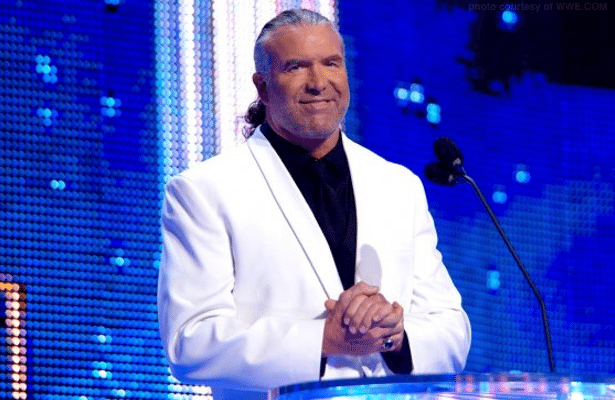