Tony Khan was recently featured in by Forbes in an article about the rise of AEW. He discusses a number of topics, including the future of AEW, the demise of WCW, how the company is not yet profitable, and more.

On the future of AEW and its place in the wrestling industry:

“There’s no reason why there only needs to be one wrestling company,” Khan says, contradicting the act he put on in the AEW promo. “The wrestling business is hotter now than it’s been in a long time.”

“I’m glad that WCW failed because it created a vacancy for us to come in and succeed,” Khan says, “but it made it a fairly bleak period for the wrestling business.”

There are a number of other quotes, including some from Cody Rhodes. 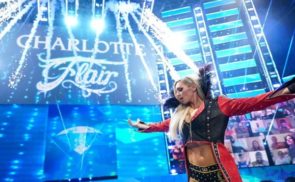 Charlotte Flair Discusses Being A Heel, Andrade to AEW, More