Oh Hell Yeah! The USA Network announced today that former WWE Superstar, “Stone Cold” Steve Austin, will be getting his own reality show on the USA Network beginning this summer.

Straight Up Steve Austin will be a unique interview-based series hosted by The Rattlesnake. The series of seven half-hour episodes will air on USA on Mondays at 11 PM EST, following WWE Monday Night Raw, beginning August 12.

In each episode, Austin and a celebrity guest swap stories about their lives and careers during one-of-a-kind custom-tailored adventures in different cities across America. In this unique interview format, there’s no studio, no couch and no cue cards — just a straight-up good time and some good old-fashioned American fun.

Hopefully we will see more of this:

Austin will be the third WWE superstar to have a reality show on the USA Network; The Miz and Maryse currently start in Miz and Mrs., which will also be airing new episodes this summer.

Stone Cold does such great work with interviews, as was show by what he did with the Stone Cold Podcast on the WWE Network. It will be great to see him interview some of the top names in our industry, and should make for a fun time for all! AND THAT’S THE BOTTOM LINE, BECAUSE STONE COLD SAID SO! 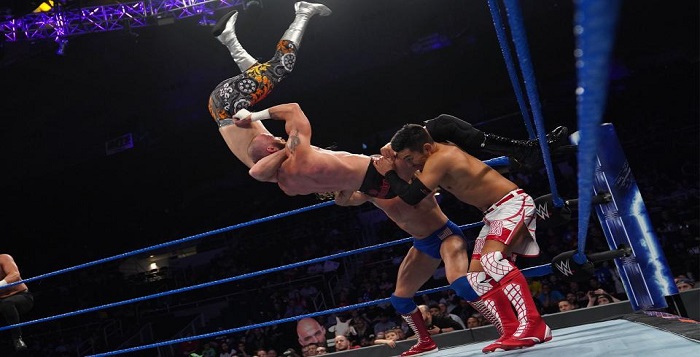