WWE superstar Seth Rollins was recently interviewed by Stephanie Chase of Digital Spy, where he discussed several topics. Among them were facing Cody Rhodes at Wrestlemania 38, when we can expect a reunion of The Shield and more.

“So to hear his music ‘Kingdom’ over the speakers and that entrance specifically, the presentation of the American Nightmare in a WWE setting, it was pretty surreal to be standing in the middle of the ring.”

On Rhodes tearing his pectoral muscle:

“It was pretty gnarly,” Rollins said. “I don’t think I expected it to look like that. I’ve had some torn muscles in my day, and I know that the blood seeps down, gravity just takes over, but I had never seen anything like that.

“I remember Triple H had torn his pec some time ago at an event and shared a picture of it, and it was pretty brutal but nothing like what we saw from Cody at Hell in a Cell. His bicep, tricep, shoulder, pec it was down to his belly button almost, it was pretty gnarly.”

On when The Shield will all be together at the same time in WWE again:

“We needed each other back then, and now none of us need the other one,” he continued. “We’re at a point where we’re all standalone stars on a different level. So to have to kind of minimize that to fit into each other’s molds, I just don’t see it ever happening again. I think it would look a whole lot different than the next time you see us together.” 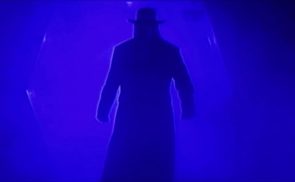 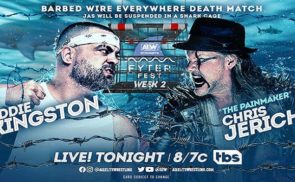