Wedding bells will be ringing! According to a report from TMZ, Sammy Guevara proposed to Tay Conti at the Eiffel Tower in Paris, France, earlier today. She said yes, and the couple is now engaged!

The two have been a couple since January 2022. They have been regularly featured as an on-screen couple as well.

This is not Guevara’s first proposal; he was in a relationship for eight years with Pamella Nizio, a medical worker from Houston. In August 2021, he proposed to her at an AEW show in Houston in the middle of the ring; however, they split up soon afterward in October.

The two were recently in a trios match at the 2022 Double or Nothing pay-per-view. Together, they teamed with Frankie Kazarian to take on the team of Ethan Page, Scorpio Sky, and Page Van Zandt in a losing effort.

Congratulations to the happy couple!

I’m sure this will cause some controversy because there are some AEW fans who do not approve of this couple and how they act on screen. However, if they are happy, that is their business and they deserve to share their happiness with each other. I wish them nothing but the best and hope that they have a wonderful future together! 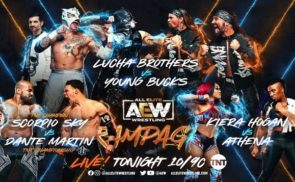 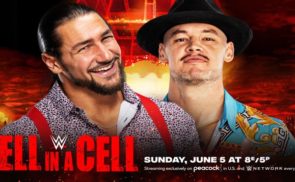 Madcap Moss vs. Happy Corbin Announced For 2022 Hell in a Cell