Rumor: Rock ‘n’ Roll Express to be Inducted Into WWE Hall of Fame

It had been previously reported that several big names, such as “Diamond” Dallas Page, “Ravishing” Rick Rude, Beth Phoenix and others have been rumored be inducted into the WWE Hall of Fame Class of 2017.

According to a report from WrestlingNews.co, Ricky Morton and Robert Gibson, better known as the Rock ‘n’ Roll Express, will be among those to enter the Hall of Fame at WrestleMania 33.

The duo have had quite a storied career in professional wrestling. They have competed all around the world, but are most well known for their time with Jim Crockett Promotions (NWA), as well as AWA and WCW. Morton and Gibson also had a brief stunt with WWE in the late 90’s.

They were most recently on television as a part of “Broken” Matt Hardy’s “Tag Team Apocolypto” in TNA.

This is long overdue. I had heard of this legendary team when I first started watching wrestling in the early 1990s. Since then, I have researched their accolades, and know that this honor will be well deserved. Let’s hope that it is true! 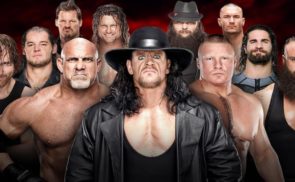 KB’s Review: When the Rumble Went Off the Rails 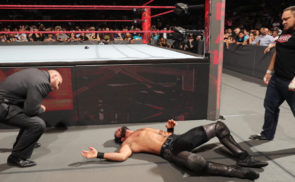 Update on Seth Rollins: How Long Will He Be Out of Action?