This is only a rumor, so take it for what it’s worth. One of the most exciting and fun times of the year is when WWE announces who will be joining its Hall of Fame, around WrestleMania season.

It has already been confirmed that both Batista and the nWo will be inducted into the Class of 2020. But who else will be joining the lineup this year?

I’ve heard several names talked about for this year’s Hall of Fame. Was only able to get confirmation on 2 of them as of now, they are The Bella Twins & Jushin ‘Thunder’ Liger.

I’ve heard several names talked about for this years Hall of Fame. Was only able to get confirmation on 2 of them as of now, they are: The Bella Twins & Jushin ‘Thunder’ Liger.

Check out some of the most memorable moments from one of WWE’s most famous duos:

The Bella Twins getting inducted will get a lot of flack from fans, but honestly, they deserve to be in there. They have created one of the top entertainment brands in the world, and have been responsible for the creation of two reality television shows on the E! Network. And Jushin “Thunder” Liger has been one of the top wrestlers around the world for a long time. I agree with both of these picks!

Do you think that The Bella Twins and Jushin “Thunder” Liger deserve to be in the WWE Hall of Fame? Leave us a comment below, or post a comment on our Facebook page! Also, be sure to sign up for our newsletter and download our App from your favorite App Store! 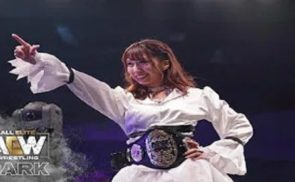 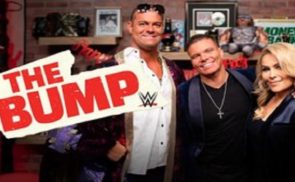