If this current rumor is true, then WWE is about become both a little less royal and red.

A user on Reddit, ‘hey333’, has noticed some interesting tweaks in Eva Marie’s presence Twitter account. If you take a look at her profile, @natalieevamarie, she has no longer indicated that she is a WWE superstar. In addition, she no longer follows the official WWE Twitter account.

Because she not been officially released from the company, however, she is still listed as a “Smackdown Live” superstar on WWE.com.

Eva Marie has been off of WWE television ever since she was suspended for 30-days for breaking the company’s wellness policy for the first time. Since that time, she has filmed a new movie, “Inconceivable” with Nicolas Cage, as well as continued to be featured on the E! Network reality series, “Total Divas.”

NOOOOOOOOOOOO!!!!! If this is true, this is quite unfortunate. While “The Red Queen” is not a very good wrestler, the heat that she draws from the crowd is almost as loud, passionate and intense as Roman Reigns. That reaction could undoubtedly be used in a positive way for the company. 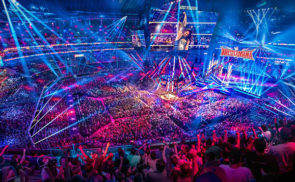 Early Odds Are In: Time to Decide On WrestleMania Champs 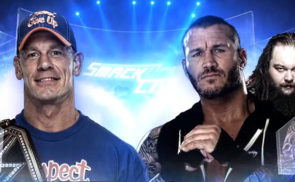 Is Smackdown Catching Up to Raw in the Ratings?