Tonight at WWE Worlds Collide, the superstars of NXT and NXT UK battled in a series of matches that would showcase the talents of both brands. The main event featured The Undisputed Era vs. Imperium, where a possible injury took place.

During the match, Bobby Fish and Roderick Strong were doing a double-team on Alexander Wolfe. However, Fish appeared to catch Wolfe with a heavy kick to the chin. Wolfe dropped immediately, and when Fish attempted a pin, the referee stopped it right away and after checking on Wolfe, threw up the “X” to indicate that he was really hurt.

You can see the kick in question below:

Check out some other action from the match below: 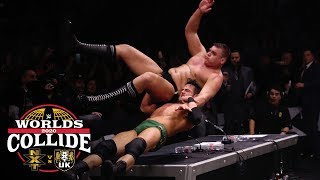 The Undisputed Era consists of Adam Cole, Kyle O’Reilly, Bobby Fish, and Roderick Strong, while Imperium is made up of WALTER, Alexander Wolfe, Fabian Aichner, and Marcel Barthel. Imperium ended up winning the match when WALTER pinned Strong.

On Facebook Watch after the show, Triple H confirmed that Wolfe was knocked out and had to be removed from the match by the NXT medical personnel.

We will continue to monitor this situation and provide any updates as they are made available to us.

This was a scary moment in the match. At first, I thought a serious medical condition kicked in or something like that, as Wolfe went down pretty quickly. It makes more sense now that it was confirmed that he was knocked out. I hope that he is OK and recovers quickly from this injury! 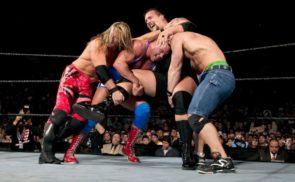 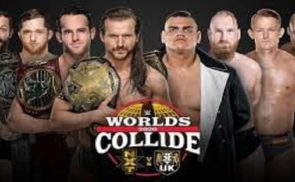 We Have A Winner? Which Side Won At Worlds Collide?