Time for the PipeBomb or #GTFH! The Director of Operations Derek Stoughton returns in a big way as we bring the honesty, laughs, singing and more! YOUR #3Count questions including Breezango, who’s the most underrated in WWE, ranting on negative independent wrestling fans and Kenny Omega, Jinder, and even a question about Moana! Follow the #PipeBomb twitter @ThePipeBombNAI, host @McCoolNAI, co-host @NotoriousJoshie, co-host/ producer @itsBRob, Director of Operations @Dericho06

Member our new “Time to Move On” Berries/Attitude shirt by clicking here: https://represent.com/the-pipebomb-time-to-move-on-shirt-2 … … … … …

Air YOUR Grievances with our #PipeBomb logo shirt from PWT: http://www.prowrestlingtees.com/related/newageinsiders/pipebomb.html …

The Cause of Jim Ross’ Wife’s Death Revealed 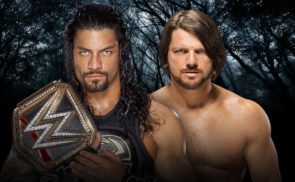