This week, we keep the power of positivity and argue why WrestleMania 33 may be the most loaded card of all time. Plus YOUR #3Count questions on a variety of topics and from new people. Why Bayley has struggled to connect with the fans, Nia Jax, Miz/Maryse, how WWE can improve, Wyatt/Orton, what match will steal the show at WrestleMania and more! Get ready for the #PipeBomb, the show that’s been setting nimrods and marks straight each week! 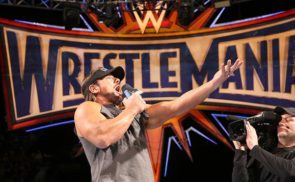