This week, get ready for shenanigans, sound bites, laughs, and even karaoke from Matt himself as Chip and Tony from CTB Pod join the guys again. YOUR #3Count questions on a variety of topics including the Alexa Bliss/Becky Lynch Steel Cage Match, Pete Dunne, Kurt Angle and more! At the end, the guys set people straight who call wrestling “fake” and have a wrong perception of the business in general. Follow us: host @McCoolNAI & co-host @NotoriousJoshie, special guests @ChipKCTB & @RefereeTonyS. Happy #Pipebomb Friday, You’re Welcome! Member our new shirt… 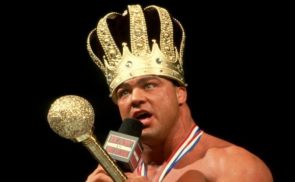 Does Kurt Angle Think He’s The Greatest Wrestler of All Time? 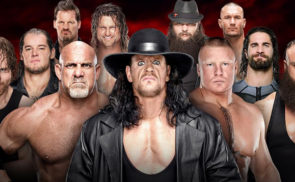 Here Are All the Rumored Surprises For the Royal Rumble