To say that we are living in one of the most uncertain times in the history of our world would be an understatement. Over the last two weeks, we have seen COVID-19, also known as the Coronavirus, make our world come to a complete halt. Major sporting events have been canceled, postponed or moved, including WrestleMania, schools have been shut down and teachers are educating remotely via online classes, and many bars and restaurants have been forced to close and only prepare food via takeout.

Because of all of this panic and chaos throughout the world, people need something to keep their minds off of things. And while Netflix, Disney Plus, etc. are nice, something is missing in our world today. Something that can truly provide us an escape from the real world, even if for a short time.

This is why, in my opinion, the world needs professional wrestling now more than ever.

Let’s face it, people love live sports and entertainment. They want to see things in real-time and witness the drama that plays out in real-life competition. The world does not have that right now. However, professional wrestling companies have still found a way to produce their product and give it to the people on a weekly basis. And what they are doing is working.

Both AEW and WWE have done a fantastic job of adapting to this new normal of professional wrestling. The competitors are still giving it 100%, even when there are no fans in attendance, which is a true testament to their professionalism and care for the business. It is no secret that wrestlers feed off of the energy of live crowds, and when they don’t have that, the product tends to suffer.

In addition, both companies are going forward with their storylines, as if the crowd was full of people.  The debut of both Brodie Lee and Matt Hardy in AEW would have gotten an enormous response from a live crowd, however, the company decided to go forward with it, right on schedule. And I think that will work out just fine; they will still get major reactions from the live crowds, whenever the company is able to have regular wrestling shows again.

Professional wrestling is playing an interesting and vital role to the people of the world right now, and major networks are starting to give it some authenticity. ESPN is showing old WrestleManias on its network on Sundays, and fans are tuning in, because, quite frankly, there are no other major sports going on at the moment.

Side note: ESPN was showing Cherry Spitting on one of their networks, for gosh sakes. This is what it has become.

There is a rare opportunity for both WWE and AEW to gain some new fans, simply because there is nothing else on right now in the world of sports. And for the diehard fans, most like you and me, this is one of the only outlets that we have as we try to transition to a new normal during this unique time in the world.

We don’t know how long the Coronavirus is going to last, or how long we need to be “social distancing” from one another. However, I can tell you that when we all get back together again, the reactions from the crowds on those first live shows back will be unlike anything that we have heard in a long time.

And that is why, we need professional wrestling now, more than ever. 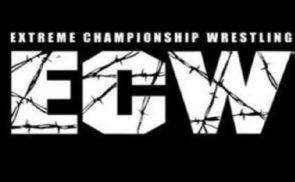 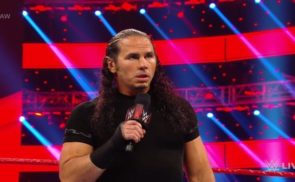