WWE superstar Montel Vontavious Porter, otherwise known as MVP, was recently interviewed by Bleacher Report where he discussed a number of topics. MVP, who was born Alvin Burke Jr., but changed his name to Hassan Assad after being released from prison, talked about his return to WWE, finding his way to the company in the first place, being a father and more.

On returning to WWE in 2020 and becoming part of The Hurt Business:

“I’m glad that people are being entertained,” Assad says. “I’m glad that at this stage of my career, my talents are still being appreciated by the biggest wrestling company in the world and its fanbase. So, for me, this is very humbling.”

On his time in prison and finding his way to WWE:

“I came from an environment where that doesn’t stand,” he says. “A lot of the guys that were into that realized right away by the way I carried myself that I wasn’t having any part of that. There were a few times where I had to let guys know who were senior to me, ‘I respect the hierarchy and will pay my dues, but I’m a grown-ass man.’ If I had an issue, I wasn’t going to be treated like some kind of a kid rookie.” 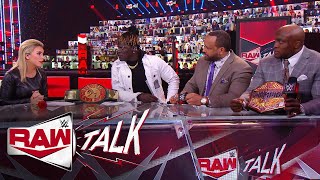 On not wanting to be a father, but loving it eventually:

“I enjoyed being single and selfish and only having myself to worry about. Honestly, the first time I saw my son, the angels didn’t sing. The heavens didn’t open up. I didn’t have that moment where I was like, ‘Oh, my child.’ I wasn’t happy, ’cause I didn’t want to be a dad.”

“We were playing in the shower,” Assad recalls. “He was still a baby, and I spit, and he looked at me and he put his lips together. He didn’t spit, but he just imitated my spit sound. So I spit again, and he smiled, and this time he actually managed to spit a little bit. And it hit me: What a cliche moment—the dad’s teaching his son how to spit. And I thought, ‘You know what, man? This dad thing is all right.’ And as he started to take steps and then run through the house and play, I realized for the first time in my life that I loved something more than me.”

They also discussed his time in MLW, comments from Shelton Benjamin, and more. 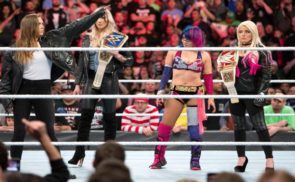 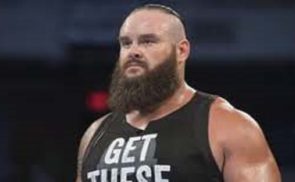