Molly Holly Discusses Her Departure From WWE, Struggling After Wrestling

Former WWE Superstar Molly Holly was recently interviewed by Colt Cabana on the Art of Wrestling Podcast, where she discussed a variety of topics. She gave an insight into how she left WWE, as well as the life of wrestlers upon their retirement.

There are several wrestling fans who believe that Holly was misused and that her talents were underutilized during her time in WWE. But how does she feel about how her time in the company went?

“I have an action figure. I was on video games. I was on WrestleMania. How is that being underrated? Like, I think it went pretty well.”

One of the difficult things about leaving WWE is letting Vince McMahon know that you plan to do so. Holly said that while Vince was great about her departure, other executives did not share the same sentiments.

“Vince was awesome! Oh my gosh, he was so great! Like, he went on and on and told me all this stuff about how much he appreciated me, what a contribution I had been to the company, I mean, he just raved about me. And he told me, he was like, ‘if you just need time off, if you need six months off, whenever, you’re welcome to come back.’ And so, he had pretty much said, like, ‘you’re just welcome here anytime.’

And the next day, John Laurinaitis called me and he’s like, ‘how come you didn’t talk to me?’ because he was in charge of Talent Relations and he was kind of upset that he didn’t know anything about it and that I went over his head and talked to Vince directly. I didn’t feel like Johnny could communicate to Vince in the same way I could, but Johnny was like, ‘are you sure you don’t just want some time off?’ and I was like, ‘I’m just done. I’m just done.'”

The toll that the WWE schedule takes on a person’s body is grueling to say the least. They are on the road for 300+ days a year, and push themselves to the physical limits every night. But what is life like after pro wrestling? Holly gives some insight into this.

“Why so many wrestlers have a hard time thriving after pro wrestling because they had their sole identity and their sense of belonging wrapped up into wrestling. Also, you do develop bonds with people. It is a trauma bond. You go through this crazy circus with the pressure of TV and the pressure that Vince McMahon puts on you are all these things and you’re speaking your own language, your own jargon, which you understand you’re doing this really weird thing and other people can’t totally relate to the lifestyle that we live.

And so, when people get injured, get fired, then all of a sudden, they step out of the community and the sense of belonging into isolation and they feel helpless. They feel like, ‘well, now what am I going to do? How can I relate to people?’ And they’ve already set their mind that they’ve lost their identity.”

[h/t to WrestlingInc.com for the translation] 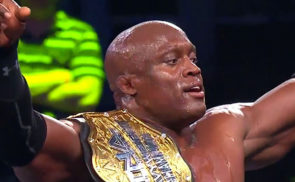 Impact Is Already Seeing Big Problems Even With New Owners 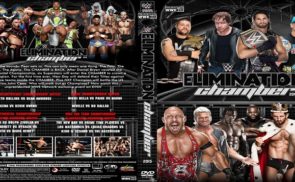