Lita Has a New Role With WWE

Since 2014, WWE hall of famer, Lita, has been involved with the company in various capacities. She has been a trainer on “Tough Enough” alongside Booker T and Billy Gunn, a writer on the WWE creative team, a backstage producer, as well as a panelist for the “Raw,” “Smackdown,” and pay-per-view pre shows.

According to a report from PWInsider.com, Lita’s role will be changing from a producer to a permanent panelist on the various pre-shows. The panel will now consist of Lita, Jerry “The King” Lawler, Booker T and host Reneé Young.

The main reason for this is due to the changes in the announcing teams that were made following the WWE Draft on Tuesday.

It is unknown at this time who, if anyone will be taking over Lita’s role as a backstage producer. There has been talk backstage about bringing up some of the coaches and trainers from NXT to work with the main roster talent.

Any role that Lita provides with WWE is a benefit to all involved. She is one of the most talent performers in the history of the company, and has incredible insights that she can give, not only on commentary, but also to the next generation of superstars. 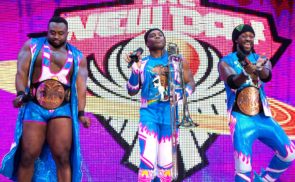