Kenny Omega: “I Would Rather Be the Legend That Never Stepped Foot in WWE”

New Japan Pro Wrestling superstar Kenny Omega was recently interviewed by Sports Illustrated as a part of their “Extra Mustard” series. He had some very interesting and perhaps controversial comments as a part of the interview; most of them discussing  his feelings on ever going to WWE.

Omega has made quite a name for himself on the independent scene; most notably for New Japan Pro Wrestling. He feels that many people judge him simply because he does not compete for the biggest wrestling promotion in the world.

“Since I’m not in WWE, some people think I’m not even in their league,” said Omega. “It’s easy for me to tune those people out because they have no idea what they’re talking about.”

If there’s one thing that Omega has plenty of, it’s confidence. He is convinced that he does not need WWE to establish himself as one of the greatest superstars of all time.

“I would rather be the legend that never stepped foot in WWE but was better than every single one of them and did something that none of those guys could do in their prime or could ever do if they left WWE and tried,” he said. “AJ is the closest guy who could do it, but I’m talking about their roster as a whole. It’s just not going to happen. That’s not just me saying that because I’m a cocky prick. That’s me saying it as a challenge because I’m pushing the barrier every single day. I’ll take all my matches against WWE’s best matches, I’ll put it up against Ring of Honor’s best matches, or whatever promotion you want, and I guarantee people will be more entertained with my matches than theirs.”

But what was the moment that changed it all for Omega?

“My career changed instantaneously with the announcement of Shinsuke, AJ, Gallows, and Machine Gun leaving in the blink of an eye,” said Omega. “I went from being a junior—and probably set to be Kushida’s arch-nemesis until the cows came home—to suddenly being vaulted into the heavyweight title picture for the Intercontinental championship.”

Omega also discusses his vision for NJPW, his goal for Wrestle Kingdom 11, and more.

It should be noted that Omega truly feels that WWE has created a monopoly in the professional wrestling market. 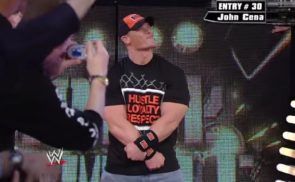 Will a WWE Superstar Join This Litany of Surprise Royal Rumble Entrants? 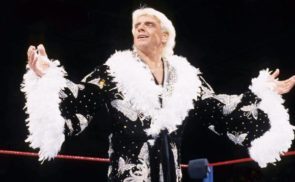