Could the leader of the “CeNation” be back in a WWE ring before we know it?

It was previously reported that John Cena could still potentially face The Undertaker at this year’s WrestleMania. The possibility of this may be increasing over the next couple of weeks, as this cryptic tweet was sent out earlier this morning:

Gamble: take risky action in hope of a desired result. Time to gamble I think. It’s gonna be a risky next two weeks #LaceUp #nevergiveup

Cena has been out of action since the beginning of January, when he suffered a major injury and was forced to undergo shoulder surgery. The injury bug has been a major concern in WWE recently, as Sheamus, Randy Orton, and Nikki Bella are among the superstars who are currently on the shelf.

There has been talk that WWE has considered turning Cena heel as well, so the tweet may have something to do with these plans as well.

This would not be the first time that Cena has come back from an injury earlier than anticipated. After suffering a torn pectoral muscle on the October 1, 2007 episode of “Monday Night Raw,” he was forced to require emergency surgery that was originally going to keep him out of action for several months.

His rehab went much faster than expected, and he made a surprise return in the 2008 “Royal Rumble” match, entering at No. 30. He would go on to win the match, eliminating Triple H to do so.

While I would love to see Cena back in the ring for WrestleMania, his health should be his number one concern. WWE has a roster that is full of talent that could easily fill up the card, and they certainly would not want to risk the long-term health of their greatest asset. 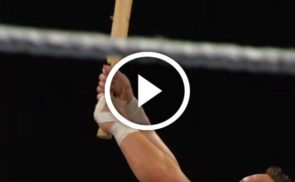 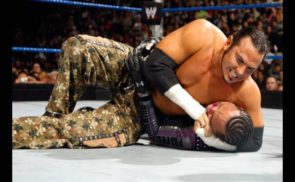