The Genius of the Sky is brining her smarts to WWE.

The company announced today that they have signed Io Shirai, one of the most decorated female superstars in the world. The announcement was made at today’s WWE Live Event at Tokyo’s Ry?goku Sumo Hall, where she was introduced to members of the WWE Universe as the newest signee to NXT.

It had been rumored that she was in negotiations with WWE for over a month. They had the following to say regarding her signing:

A ring veteran of more than 10 years, Shirai has accomplished more than virtually anyone in the modern history of Japanese women’s wrestlers. Tokyo Sports, a national daily sports newspaper, named her the country’s top female grappler in each of the past three years.

Shirai most recently competed with Tokyo-based World Wonder Ring Stardom, the same organization where NXT Superstar and inaugural Mae Young Classic winner Kairi Sane first made her name. A fixture of Stardom, Shirai was a multi-time champion there and enjoyed two reigns with the promotion’s top title, the World of Stardom Championship.

They also made the following announcement on their Instagram page:

You can see one of her matches below:

I haven’t seen her wrestle before, but I’ve heard amazing things about her. However, I am incredibly familiar with Kairi Sane, and if she is anything like her, then this is going to be amazing! 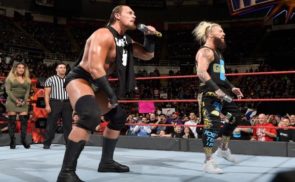 Could Enzo Amore and Big Cass Reunite On The Independent Scene?