One title in Impact Wrestling doesn’t appear to be as “grand” as once thought.

It was announced via Twitter today that Impact’s Grand Championship is no longer in existence, as champion Austin Aries has unified the title with the Impact World Heavyweight Championship.

You can see the official tweet below, along with Aries’ response:

The final Grand Champion and the Grandest @IMPACTWRESTLING World Champ of them all, so said the mirror mirror on the wall. https://t.co/oeIsIVsoaI

The Impact Grand Championship debuted in 2016, after then president Billy Corgan announced that the TNA King of the Mountain Championship would be deactivated and retired in favor for the new championship. It was a unique title, that used a series of rounds to determine the winner.

Below are the official rules that were used for a Grand Championship match:

Aron Rex (formerly Damien Sandow) defeated Eddie Edwards at Bound For Glory 2016 to become the first champion in the company’s history. Aries won the title from Matt Sydal on the March 29, 2018 episode of Impact.

While I applaud Impact for trying to be original, this concept was always bizarre to me. There never seemed to be any flow to the matches, and didn’t seem like a title that was prestigious or worthy of a legitimate storyline. 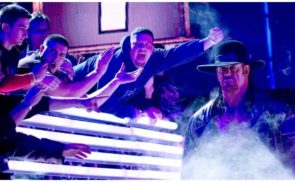 The Undertaker’s Next Match Revealed For Major Upcoming Event 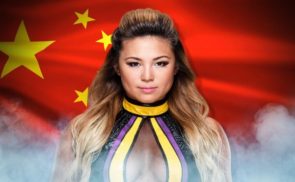