They are back. Ever since its inception, AEW’s roster has been growing rapidly and they have compiled a very impressive collection of talent. That number grew tonight, with the signing of one of the hottest and most speculated tag teams in the current pro wrestling scene.

On tonight’s edition of Dynamite, Dax Harwood and Cash Wheeler, formerly known as The Revival in WWE, made their debut in AEW. Known as “FTR”, the duo came to the aid of the Young Bucks as they were being assaulted The Butcher and The Blade. However, FTR refused to shake The Bucks’ hands after the segment was over.

Check out what FTR is capable of:

I think that we all knew that this was coming. Now that it is here, we can start to get really excited about how they will be used in AEW. The Revival have always been very technically sound, but never had a gimmick that worked for them in WWE. Now they can just focus on having amazing matches with some very talented wrestlers and letting their work speak for itself. I love this signing! 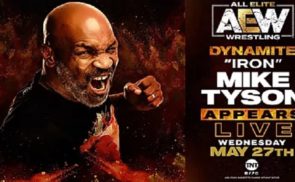