WWE Superstar Dolph Ziggler recently sat down with GetMoreSports.com, to promote the release of his new film “Countdown” on Blu-Ray/DVD. In the interview, he discusses a number of topics, including his future in the film industry, getting advice from John Cena and The Rock, breaking into WWE and more.

On preparing for his role in the movie:

“Of course, anything I do I want to be the best. I know that’s not easy to do, even in wrestling, but I told them that if they thought I could do it then I’m going to go 24 hours a day until we do it. I was going to make this just like any match that I have where everything I have will go into the character.”

On starring in future films:

“Maybe a slightly different role, or something in comedy which I lean toward, but when it comes to WWE there’s a lot of drama involved every single day on our show with how you get hurt and how you react. It’s fun to show everybody how well rounded you are as a character, an actor, and someone who lives their life to be the best as an entertainer.”

On getting advice from John Cena and The Rock:

“A lot of times John and I, when it comes to wrestling or sports entertainment, don’t always see eye to eye, but it’s also great to have someone whose been through that attitude era and we get to talk about his movies and getting better at wrestling. It’s very motivational because it’s all positive and they’ve been through it all. Those guys going through it is only good for all of us and just gives us a chance to get our foot in the door.”

On getting his break into WWE:

“When you come into a business and hope that you can get any chance that there is to make it to the main roster and then you make it to the main roster as either a golf caddy or a cheerleader, it’s is a little disheartening. You know the hard work that went in, you know the 20 years of collegiate experience that you have of breaking records. You can show up like The Shield for two years and beat everybody up, talk about how great you are every single night and then the world knows you as the guys who win all the time and who are great at talking. You can come on as me, whether you’re a cheerleader or a caddy, and you get beat up all the time and lose every single night and you have to overcome that to be taken as a credible threat on our show.”

You can find the entire interview at this link. 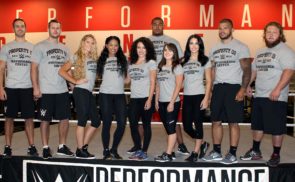 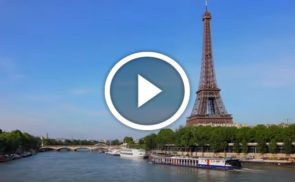