On Finn Balor’s entrance at WrestleMania 34:

“But I’ll be honest with you, man,” he continued. “When I got released, I was okay with it, but when I’m seeing them do that [LGBT] representation, I was devastated, because I wasn’t invited. I would’ve loved to have been invited just to see that we’re making moves, but I wasn’t invited to something that I begged and pleaded to embrace.”

“People contact me all the time on my social media, direct message, saying that they want to commit suicide, or something like that. I send messages [to them], audio messages, I talk to them. I talk to them. I say, ‘Hey, don’t do that.’ Like I said, everyday I wake up, I know someone’s counting on me, whether they’re LGBT or they’re just not LGBT and they get bullied for various reasons. That means the world to me.” 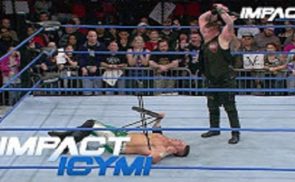 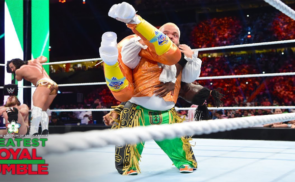 Original Plans For Hornswoggle At The Greatest Royal Rumble