The queen is back on her throne.

At tonight’s “Hell in a Cell” pay-per-view, Charlotte defeated Sasha Banks in the main event to capture the “Raw” Women’s Championship. This marks the beginning of her third reign as champion.

For the first time in history, not only were women going to main event a pay-per-view, but they were also going to participate in a “Hell in a Cell” match. This was, by far, the most anticipated match of the night.

And boy did it deliver.

Before the match began, the two battled on the outside of the cell, spilling into the crowd at one point. The action would continue to intensify, as Charlotte put Banks through the announce table.

Once the action entered the cell, the two athletes gave nothing short of a remarkable performance. They put their bodies on the line, by performing highly athletic moves, throwing each other off of the cell, and putting themselves through chairs and tables.

The finish came when Charlotte hit Natural Selection, and picked up the victory over “The Boss.”

I know that there are lot of people who are not happy about the ending of this match. However, if you take a step back, this was one of the most important moments in the history of professional wrestling. Female athletes not only main evented a pay-per-view, but did so in the most dangerous structure that WWE currently uses in their product. They have proven that they can do anything that men can do, and have raised the bar for women’s wrestling yet again.

What do you think of Charlotte being crowned the new champion? Let us know in the comments below, or leave us a comment on Facebook! 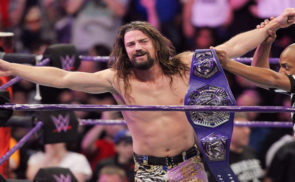 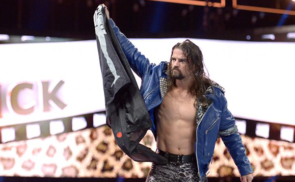 Brian Kendrick Walks out of Heated Exchange With Booker T