According to a report from ESPN, former UFC heavyweight champion and WWE superstar Cain Velasquez has been arrested on charges of attempted murder. He is currently being held in Santa Clara (California) County jail, the San Jose Police Department announced Tuesday morning.

The San Jose Police Department announced Monday evening that there was a shooting in the city near the intersection of Monterey Highway and Bailey Avenue. Police said one adult male was shot at least once and transported to a hospital with non-life-threatening injuries. On Tuesday, police identified Velasquez as the shooter.

“The motives and circumstances surrounding this incident are still under investigation at this time,” per the San Jose Police public information Twitter account.

4/ Cain Velasquez was the suspect arrested yesterday in connection with this incident. He was booked into Santa Clara County main jail for attempted murder.

The motive and circumstances surrounding this incident are still under investigation at this time. pic.twitter.com/bBuuPQytNx

After his run in the UFC, Velasquez took up professional wrestling, first in Mexico, where his parents were born, and then in WWE. He was released by WWE at the outset of the pandemic in 2020, but resurfaced for Mexican promotion AAA in December. The plan, sources said, was for him to wrestle more this year. 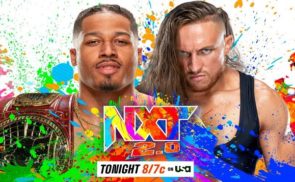