It’s for real this time. According to a report from Sean Ross Sapp of Fightful, Samoa Joe has been released by WWE. This is the second time in eight months that Joe has been let go by the company.

Samoa Joe has been released by WWE, Fightful has confirmed with the company.

Joe was among nine wrestlers who were released in April 2021, a list that included Tucker, Chelsea Green, Kalisto, Bo Dallas, Wesley Blake, Mickie, Billie Kay, and Peyton Royce. However, Joe was rehired the same day and made his return to NXT shortly afterward.

In August of 2021, Joe would become the NXT Champion after defeating Karrion Kross at TakeOver 36. However, due to injury, he was forced to vacate the title on September 12, and was not seen on WWE television again following that.

Check out what happened after Joe won the title: 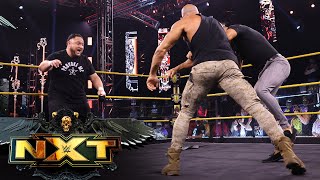 We will continue to monitor this situation and provide any updates as they become available to us.

For the love of me, I just don’t get it. He is one of the most talented superstars in the world, both inside and outside of the ring. He has a wrestling IQ that is second to none and would be a perfect fit in any role within WWE. I just don’t understand what is going on within the company, but if AEW can snag him, that would be a huge grab for the company. I could very easily see that happening. 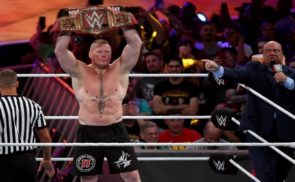