But how can they afford all of this?

According to the latest edition of the Wrestling Observer Newsletter, AEW has a strong backing financially, as the company is 100 percent owned by Shahid “Shad” Khan, 68, and son Tony, 36, who are co-owners of the Jacksonville Jaguars. Shahid is reportedly worth $6.5 billion and is listed by Forbes as the 65th richest man in the U.S. and No. 217, in the world, far outdistancing Vince McMahon.

In addition, there are very serious negotiations with two major cable stations for a weekly two-hour live prime time television show; these doors were opened due to the Khan family’s business and personal connections.

Tony Khan will be the President of the company, as well as the head of creative.

You can see the announcement of Jericho signing his AEW contract below:

Which such a strong financial backing, this might actually have a shot. Combine a strong source of money with the legitimacy of performers such as Jericho, Cody Rhodes and the Young Bucks, as well as a potential TV deal, and you have the makings of a successful product. 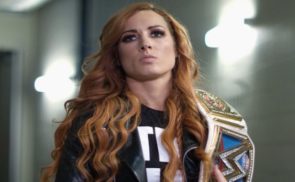 Backstage News On The Main Event Of WrestleMania 35