One of the bigger news stories over the past couple of weeks has been the addition of Adnan Virk as the lead voice of the Raw commentary team. He replaces Tom Philips, who is now a part of 205 Live, among other duties within the company, and has been in this role for the past two weeks.

But how did Virk land his new job? He spoke about this on a recent episode of the Boomer in the Morning podcast:

“The brain trust there (at WWE) made the decision late last year. They said ‘we want to kind of get a legit sportscaster guy.’ Like an actual sportscaster to come in and offer a different feel. Nick Khan was my former agent at CAA and he’s the current President of WWE. Michael Cole is of course the voice of Smackdown on Fridays, and he’s in charge of all the talent in the division. He reaches out to my guy, asks ‘would I be interested?’ And I was like ‘yeah, let’s give it a shot.”

“So I auditioned in early February. And the audition was just amazing. I’m calling matches, previous matches, off the monitor that had happened the previous weeks on RAW and Smackdown. And I approached just as I would if I were calling a (Calgary) Flames/(Edmonton) Oilers game. I just went on the website and went ‘okay, here’s Shayna Blazer. She’s been with WWE for this many years, her featured move is Kirifuda Driver.’ And I just called the action. Play by play follows a three at structure; introduce the characters, establish the characters, and put a bow on it. That’s what I did.”

“Afterwards I interviewed a couple of the WWE stars. And at one point Cole goes ‘your look is great.’ And I’m laughing and asking ‘what do you mean by that?’ And he said ‘your height. Mr. McMahon loves that because it makes the wrestlers look even bigger!’ That’s the first time ever being a little guy is a win. I went home, they called a few weeks later, said ‘hey you got the job.’ The real trick is, I want to think MLB Network. They had to sign off on me traveling every week, COVID protocols, vaccinations; it was a process. I’m really grateful they let me do it. It’s been a cool journey. Obviously, the biggest part was the surprise; I couldn’t tell anybody. Nick said I could tell five people; your parents, your wife, your brother, and one of your kids. I was like ‘okay.’ Then Saturday afternoon some reports of it started getting out.”

“I literally flew to Tampa under the cloak of darkness. I’m wearing a fedora, I’m sitting in the back of the plane, trying to keep a low profile. And then on Monday, they revealed it.”

Check out Virk’s reaction to his new job: 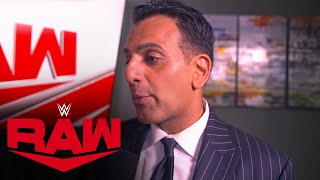 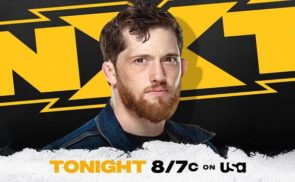 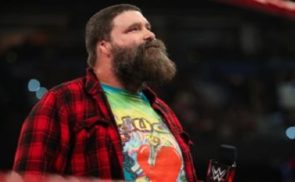