There are so many injuries within the WWE lately that need attention. We have known for a long time about Undertaker‘s hip problems. We also know that Mick Foley‘s days are numbered on Raw as he waits to undergo the knife for hip problems as well.

But enough with the old timers. Seth Rollins is out. Shinsuke Nakamura is on the mend. But finally someone will be getting on the way to coming back. Unfortunately, it involves surgery.

Darren Young will undergo elbow surgery on Thursday, according to WrestlingInc. He’s been out since last month since suffering an elbow injury in a match with Epico on WWE Main Event.

While this is all well and good, he may have a long road ahead of him to come back. As we know, he dislocated, hyperextended, and broke his elbow all at once. The injury was so bad that they had to stop the match. There’s still no timeline on his return, and as a lower tier wrestler, this could interfere with his progress in the company should he return.

He could easily come back fine, but we could see a lot of difficulty in his return. What do you think? Let us know in the comments. 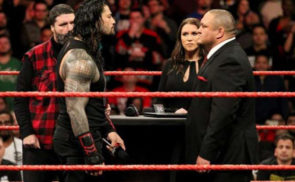