Former Japanese Wrestling Stars and More Are Having Tryouts with WWE

The WWE has been extremely progressive in looking overseas for talent. With Japanese talent such as Asuka and Shinsuke Nakamura tearing up NXT, the talent from Japan has been a legitimate success within the company, and McMahon is chomping at the bit to get more talent from the country over to the United States.

With that said, they are now making more moves in that region. They have just recently signed former Japanese Stardom star Kairi Hojo to a three year contract, but that is merely the tip of the iceberg.

According to Wrestling Observer, former Japanese Stardom champion Io Shirai also had a tryout in the WWE Performance Center. While Kairi is the only one of the two that has signed a contract to date, it seems likely that WWE is interested in further courting Io into the WWE and will likely have a contract in hand for her shortly.

They aren’t the only ones who are being courted by WWE at this point. Also having tryouts are Norwegian wrestlers Kira and Natasja, Texas-based indie wrestler Delilah Doom, Mexican wrestler Chik Tormenta, MMA fighter and championship kickboxer Katsiaryna Kavaleva, Olympic freestyle wrestler Jaime Espinal, and former Impact Wrestling star Wes Brisco, who is also the son of Gerald Brisco. 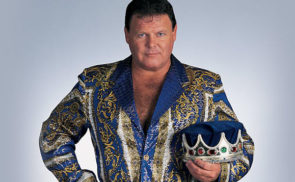 Jerry Lawler Wants to Have Another Shot at a WWE Ring, But They Say No 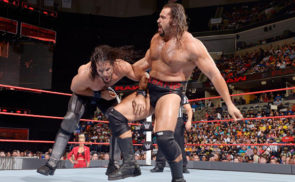