New Age Outlaws Reportedly Set to Work With The Ascension

In order to add more credibility to new tag team The Ascension, WWE may be looking at bringing in a legendary duo to help get them over.

Both “Road Dogg” Jesse James and “Bad Ass” Billy Gunn are expected to be a part of the Jan. 18 ‘Raw Reunion’ special in Dallas, Texas.

According to a report by PWInsider.com, this might not be a one-time deal for the New Age Outlaws. Management is looking at having them work a quick program with Konnor and Viktor to aid in their development.

The Ascension have mentioned in some of their recent promos that they’re far superior to some mega teams of the past, including The Legion of Doom and Demolition.

A report by SEScoops.com over the weekend had John “Bradshaw” Layfield and Ron “Farooq” Simmons of the APA interacting with The Ascension during an in-ring segment tonight. JBL has been very critical of the young tandem on commentary since their official main roster debut.

Whether it’s the Outlaws or APA, it’s nearly a guarantee that The Ascension will be interacting with one of the two teams during the ‘Raw Reunion.’

Perfect. There’s only so many times The Ascension can go over jobbers before they lose all significance. They need big names to work with in order to keep relevant and elevate their standing in the company. 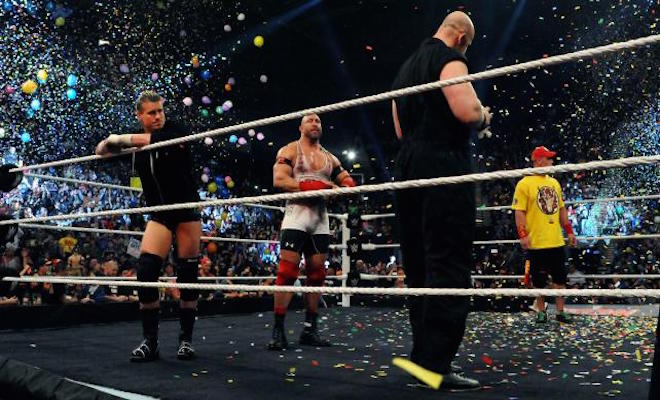 Ryback, Dolph Ziggler and Erick Rowan to Be at ‘Raw Reunion’