On the September 30, 2019 episode of Raw, Lana betrayed her husband Rusev by revealing that she has a new main squeeze — former United States, Intercontinental, and ECW Champion Bobby Lashley.

Over the past three months, the rivalry between Lashley and Rusev have continued to intensity. However, so has the relationship between Lashley and Lana. So much, that Lana divorced from Rusev, and Lashley proposed to Lana. Lana said yes, and the wedding was set for the last Raw episode of the decade.

The wacky wedding included appearances from Lana’s husband before Rusev, Lashley’s ex from his military days, and a repackaged Liv Morgan who created a plot twist by stated that she was in a relationship with Lana, but ending up getting in a catfight with her during the wedding.

Although the segment was a disaster, and widely criticized, it did received the most YouTube views on the WWE channel compared to any other segment of the show. In addition, Wrestling News is reporting that Vince McMahon was happy with how everything turned out from the wedding storyline.

In addition, the WWE source to Wrestling News that “Vince has wanted to do more crazy stories like this but he has to balance things out to satisfy the people at USA [Network] and the sponsors. He got what he wanted this week and the overrun did nice numbers so Vince is in a good mood.”

Regarding the storyline, it is reported that the Lashley, Lana, and Rusev saga is nowhere near the point of ending. Based the conclusion of Raw, it looks like Liv Morgan may also be added to the angle in some way. Whether she will now be accompanying Rusev will be revealed in the coming weeks.

Initially, many fans felt that the wedding may have been the end of the storyline, those who are not fans of it will have to endure more in the coming weeks. 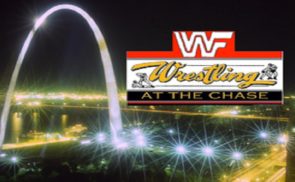