Vince McMahon is very strict about certain terms that can and cannot be used in the WWE. In fact, there have been leaked sheets on the internet on how serious he is about his talent not using certain terms, both in media and in commentary.

However, one of these term bans have apparently been lifted.

A user on Twitter asked Dave Meltzer of the Wrestling Observer whether the term “wrestler” is no longer a forbidden word in the WWE. Meltzer replied, “Yes.”

Prior to the press conference to promote WrestleMania 36 in Tampa Bay, WWE sent the hosting city’s media a list of do’s and don’ts when it comes to what to say while interviewing the superstars.

“When referring to our talent, we ask that you refer to them as WWE Superstars both for the men and women and NOT as “professional wrestlers.”

WWE also emphasized that the female talent are not to be referred to as “divas” as of March of 2016, but instead should be called “WWE Superstars.”

Regarding the term “wrestling,” WWE made sure to state that this is term should not be used.

“Please do NOT use the term ‘professional wrestling,’ instead using WWE or Sports Entertainment to describe our brand (E.G. ‘We have many WWE fans in the Tampa area” or “I have always been a fan of sports entertainment.’).”

WWE also does not want to be referred to as “the WWE,” or even the full “World Wrestling Entertainment” name. In addition, the WWE Championship is not to be called a “belt” or “strap.”

If this term is indeed lifted, it does draw some interest that with the advent of All Elite Wrestling, the meticulousness of using the word “wrestler” may not be as serious as it was before. Although WWE strives to be a sports entertainment brand, and they are indeed successful at doing that, there is no doubt that their competition is wrestling promotions, and no one else. 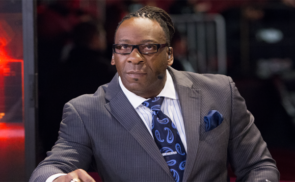