Yesterday, All Elite Wrestling posted a tweet that their upcoming AEW Dynamite show in Rochester, New York will be moved to Jacksonville, Florida due to the COVID-19 (Coronavirus) scare. The website states, “As a precautionary measure against COVID-19, the AEW DYNAMITE show on March 18 in Rochester, NY, will be relocated. The show will be televised live on TNT on March 18.” The Rochester show is now rescheduled for Wednesday, July 8.

NBC 4 New York recently reported that NY Governor Andrew Cuomo said that the state is among the hardest to be hit in the country. New York, as of this article, has 421 cases of COVID-19, and over 150 in New York City. Rochester is a little under 6 hours driving distance from NYC. In addition, NYC Mayor Bill de Blasio stated that the number of COVID-19 cases his risen by 60 in just one day.

New York is one of the hardest-hit states in the country by COVID-19, as Cuomo says there are likely "thousands and thousands" of infected people walking around. https://t.co/GMD2MBUWei

AEW has moved the March 18 edition of Dynamite to their home base of Jacksonville. However, News4Jax recently revealed that the city’s Naval Air Station is investigating a possible case reported at the air station. The spokesperson stated, “The US Navy considers COVID-19 a serious situation and is working with the CDC to ensure proper precautions are being taken.”

Despite this recent report, Dave Meltzer of the Wrestling Observer tweeted that the show is still scheduled to go on.

Just a note from AEW, Wednesday's show at Daily's Place is still on. Things are still having to be worked out as far as details go but it will have to be without fans.

The first case in Duval county was confirmed late Thursday evening, according to the Florida Department of Health. The patient is an 83-year-old male, and is currently isolated. This caused Mayor Lenny Curry to sign a declaration of emergency for Duval county. This means that the Jacksonville Zoo, as well as libraries and public parks, will now be closed. Schools are also now on an extended break until March 23.

The following week’s AEW Dynamite, scheduled for Newark, New Jersey, is also going to be relocated. This show is rescheduled for Wednesday, July 22. 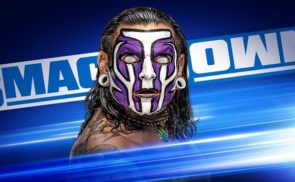