Shawn Michaels Is a “Huge Proponent” of This NXT Star

Shawn Michaels is fully committed to continuing the growth of the NXT brand. After showing a reluctance of uprooting his family from Texas to Florida, he was convinced that his decision would be a good one. In 2016, Michaels started his journey as an NXT coach, and haven’t looked back since.

There is one name currently on the NXT roster that Michaels is a “huge proponent” of, according to the Wrestling Observer Newsletter. That person is the NXT Cruiserweight Champion, Jordan Devlin. At the Worlds Collide WWE Network special, Devlin defeated defending champion Angel Garza, as well as Isaiah “Swerve” Scott and Travis Banks in a fatal four-way match to commence his first reign as champion.

Devlin has also been featured on the NXT UK TakeOver: Blackpool events. In 2019, he competed against Finn Balor, who surprised the crowd with his appearance. In 2020, he competed against for WWE UK Champion Tyler Bate. However, he was unable to win both of these contest. Despite this, Shawn Michaels and Triple H still saw enough promise in the 29-year-old Devlin to give him the top prize in the cruiserweight division.

The WON also states that although he is a regular on the NXT UK brand, the idea is for him to defend the championship across both the NXT and NXT UK brands. As a result, NXT UK will now have a secondary championship, for those 205 and under, while he is champion.

Although a mainstay on NXT UK, Devlin is still competing for independent promotions outside of WWE. In fact, he is the current tag team champion for the PROGRESS promotion, teaming with Scotty Davis. They commence their reign on September 19, 2019, defeated the Grizzled Young Veterans (James Drake and Zack Gibson).

Even as champion, Devlin is expected to compete in the independent circuit, as he recently defeated Chuck Mambo while competed for the Wolverhampton, UK-based Fight Club PRO promotion. 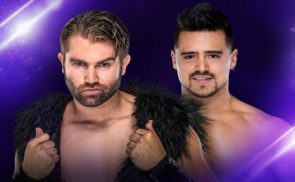 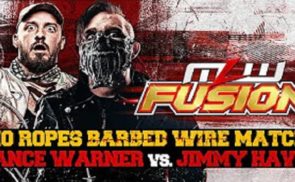