2020 marks the 26th year of the Big Show being a professional wrestler. Not only is he one of the most tenured big men in pro wrestling, but certainly one of the most decorated in the history of the business.

In total, Big Show accounts for 23 championships — 18 in WWE, and 5 in WCW. As he is reaching the end of his career, the 47-year-old still had some tricks in his sleeve, as he was the surprise tag team partner to join Samoa Joe and Kevin Owens in the feud against Seth Rollins and AOP.

During an interview with ESPN, Big Show revealed that he was informed about this return only 36 hours prior to Raw. In addition, to keep his return a surprise, only three people knew about it. He also provided a major update on a possible appearance at WrestleMania 36.

“That’s every competitor’s dream. I’d love to get one more in. Especially because it’s in Tampa, where I have a house, so I can drive home after the show.”

At WrestleMania 28, he had his first singles match WrestleMania victory, defeating Cody Rhodes for the Intercontinental Championship. At WrestleMania 29, he – along with Randy Orton and Sheamus – lost to The Shield. He was eliminated in the Andre the Giant Memorial Battle Royal at WrestleMania 30 (Cesaro won the match), but won it the following year on the kickoff show of WrestleMania 31.

However, at WrestleMania 32, he was eliminated from the ATGMBR match, with the winner being Baron Corbin. He was also in the ATGMBR at the WrestleMania 33 kickoff show, which was won by Mojo Rawley.

Overall, The Big Show’s WrestleMania record is 5-12, with only one singles win. 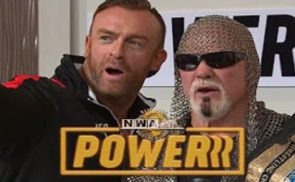 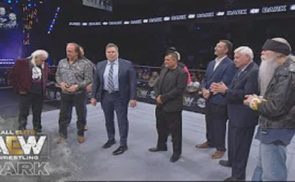