The Royal Rumble match is certainly one that has to click on every cylinder. Otherwise, there could be results that could force an audible in the booking heading into WrestleMania. Regardless of whether someone is winning, or just in the match, every superstar is essentially painting the puzzle who concludes with the winning looking strong as the new number one contender for the world title.

So — how is this 30-man match constructed?

Former WWE Tag Team Champion Rico Constantino was the latest guest on the Pancakes and Powerslams Show, and explained how the Royal Rumble match is put together. Rico, who participated in the 2004 Royal Rumble, was eliminated by Randy Orton after only lasting a little over one minute. Still, Rico had a part to play in the point of the match as a whole, and he explained the role of wrestlers in the Royal Rumble match.

“First, you have the production meeting with Vince and all the agents, and they set up the show and stuff like that, and they’re already picked the 30 people. And you have your main players, you know. You work backwards, from the winner back, and you have your main characters, you know, the superstars, and you have the people that are main players. Some feuds, you know, they do the heel/face thing. And then you have, I guess, your background, or your spice. We were like, just the flavor, just the add-ins, and I was one of just the add-ins.

“And an agents gets down there, I don’t know if it was Arn [Anderson] or Pat Patterson, but after the meeting, we all gather in the arena around the ring, you know we’re all on one section and they’re talking about what’s gonna happen and what going on. So, the main players get all their spots and stuff like that, and then they just stuff the people in the certain spots. And they say, ‘well you’re gonna come in on, you’re gonna be number 16, you’re gonna go in there and [Randy] Orton’s gonna eliminate you, and this is how he’s gonna eliminate you.

“So now you’ve already got who and how. So you’re gonna go in there, now you have to make [sure], you don’t want any contact with Orton prior to that, because then you’re gonna be fighting and you get how much time you’re going to be in there. A minute, minute and a half, two minutes. Some people longer, some people eliminate other people, but it has to fall into place.”

Rico added, “the Royal Rumble goes off cues and spots and stuff like that. When this spot happens, they’re in the Gorilla box, Vince is up there, ‘okay go.’ Bing, here goes this one, okay, this is that one. The ref has the thing in the ear, and they’re shouting [from the back] to the ref to tell, okay, he eliminates him, he eliminates him, go tell him, go tell them, in case people forget. You know, it’s 30 people, it’s a constant. Everything is constantly in motion, you just can’t stop.

“So, (buzzer sound), here I come. ‘You look so good to me’ [music hits], and I go running in. So, I get in there as I’m running I look where Orton is, and I go the opposite side, and I can’t remember what I did, if I did the jumping enziguri, or the step over look at my butt kick, and, you know, I just did a couple of things. And then Randy and I got together, did a couple of things, boom boom boom, and then over I went. And that was it. And then you just go.

“I mean, that sounds simple, but you’ve also got to think of everybody else’s spot before you and then after you, and you always got to think of all of a sudden, somebody messes up, or somebody gets injured, gets hurt the hard way, you know. You gotta think on the fly, [and] make up for it. Listen, wonder if Randy got hurt? What if he hit his head and got knocked out or something. Who’s gonna eliminate me? But I have to be gone. [Wonder if he] is missing the spot? I can’t go up there and say, ‘hey! You were supposed to eliminate me! Leave Edge alone! What are you doing? …all the other parts add up to the big part.”

Randy Orton, who was the second entrant of the Royal Rumble, lasted over 30 minutes, and eliminated a total of five people. Other than Rico, he eliminated Booker T, Rikishi, Shelton Benjamin, and Ernest Miller. He was eliminated by Mick Foley, who eliminated himself after going over the top rope with Orton. 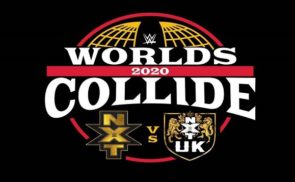