As seen on WWE Crown Jewel, “The Fiend” Bray Wyatt defeated Seth Rollins to become Universal Champion for the first time. Similar to the Hell in a Cell pay-per-view, Rollins continued to give The Fiend his absolute best, including numerous Stomps, but Wyatt continued to survive these attacks. However, unlike HIAC, there was no stoppage allowed, and Wyatt outlasted Rollins’ onslaught to become champion.

Interestingly, since no title is exclusive to a particular brand due to the WWE draft, this means that both the Universal Championship and WWE Championship will be featured on SmackDown for the time being. For instance, Bray Wyatt is scheduled to be featured on MizTV for Friday Night SmackDown. 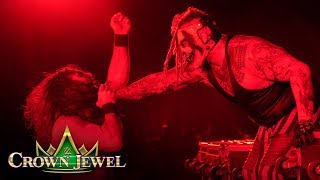 After The Fiend’s win at Crown Jewel, Owens tweeted his interest in facing Wyatt for the title.

Next contender for that masked dude’s Title? pic.twitter.com/CnKG5PuaGV

Based on the comments on this tweet, people are totally on-board with this idea. However, according to the draft, Bray is exclusive to SmackDown.

With The Fiend winning the Universal Championship, there could be an interesting development of where the title goes from here. Perhaps, WWE could really market on Bray Wyatt having a split personality, having “Bray Wyatt” exclusive to SmackDown and “The Fiend” exclusive to Raw. This would be a loophole of both top titles now potentially going to be featured on the same show.

One thing that is for certain is that The Fiend’s win at Crown Jewel leaves a very interesting cliffhanger to where the title will go from here. The current WWE Champion, Brock Lesnar, is also exclusive to the SmackDown brand, so it is clear that the move to FOX is making WWE stack the deck on Friday nights. 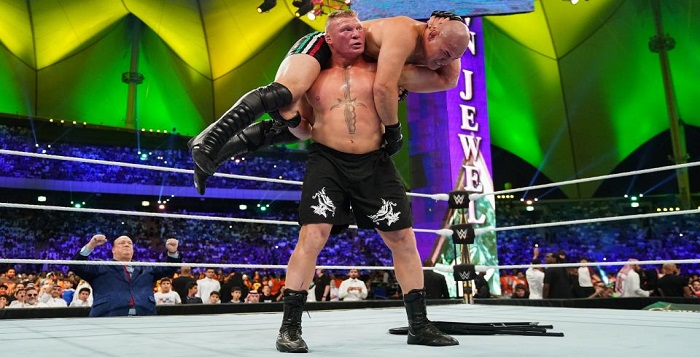 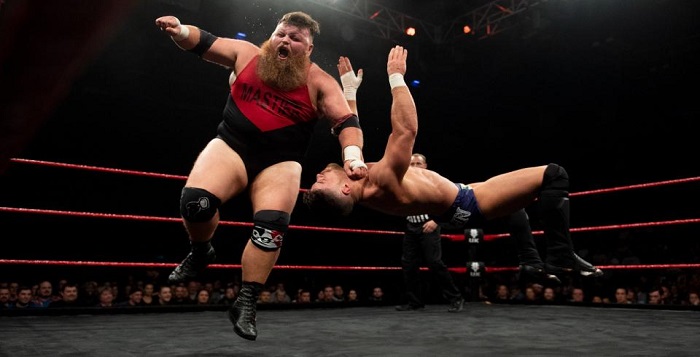