Over the past several weeks, the cruiserweight championship division has heated up with the current feud between Lio Rush and Angel Garza. On the November 6 episode of NXT, Garza defeated Tony Nese to become the number one contender for the NXT Cruiserweight Championship.

Since then, Garza has been getting in the mind of Rush, even harassing his family in the process. On the latest episode of NXT, Garza’s mind games proved to be effective, as he locked in a sitting reverse full nelson on Rush, forcing him to tap out and thus winning his first championship under the WWE umbrella.

Soon after this championship victory, NXT showed footage that occurred during the commercial break of Garza bringing his girlfriend into the ring. Garza proceeded to propose to his girlfriend, and she said yes.

What a night for the new #NXTCruiserweight Champ! #WWENXT pic.twitter.com/dPuwN2P2Ks

Seemingly, this even surprised Triple H, as he congratulated Garza for becoming a fiance.

Beginning his pro wrestling career in 2009, the 27-year-old competed for many years in Mexico, before gaining much of his United States exposure in 2017 when he started competing in Impact Wrestling. His stint with Impact was short, however, and he returned to compete primarily in Mexico.

In 2018, there were rumors of Garza signing with WWE. I interviewed him during WrestleMania 34 weekend in New Orleans, Louisiana, and he was recovering from injury. He could not share much about his status with WWE, but did give a strong indication that he was heading there.

Garza officially signed with WWE in 2019, making his in-ring debut against Mansoor at an NXT live event in May. Just seven months later, he is now the cruiserweight champion, and although he has been displaying heel mannerisms during his feud with Lio Rush, his in-ring work has gained a great deal of respect and adulation from the NXT crowd at Full Sail. 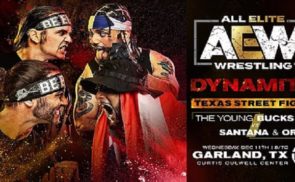 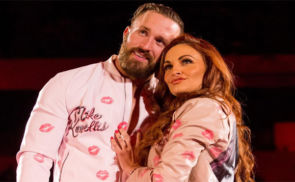 There’s A Reason For That? Backstage News On Why Mike And Maria Kanellis Were Not Released From WWE Last Week