We’re coming up on Super ShowDown because we’re just that lucky. Things are starting to take shape as we now have a WWE Championship match, meaning it is time to recap everything that got us here. I’m not sure how much there was to recap but that has never stopped this show before. Let’s get to it.

Gallows shrugs off a headlock attempt to start and shows Hawkins how it’s done. That means a big shove to put Hawkins down but he’s smart enough to kick away rather than go for a test of strength. Ryder comes in for a slingshot dropkick through the ropes to take both of them down but Gallows kicks him in the face.

Back in and Gallows unloads on Ryder in the corner, followed by a chinlock from Anderson. Gallows’ snap suplex sets up some elbows to the chest and another chinlock. Ryder fights up and makes it over to Hawkins for the hot tag so the pace can pick up. A Michinoku Driver gets two on Anderson but Ryder misses a dive and get sent into the barricade. The Magic Killer finishes Hawkins at 5:11.

The losers must eat DOG FOOD, which Cole has repeated about 37 times tonight. Corbin punches Jey down for an early two and a low bridge puts Jey on the floor. Roode, now in long tights, hits a spinebuster on the floor as Cole puts over how bad the dog food smells. We take a break and come back with Roode cranking on Jey’s arms. Jey slips out so Ziggler comes in, only to miss a Stinger Splash in the corner. 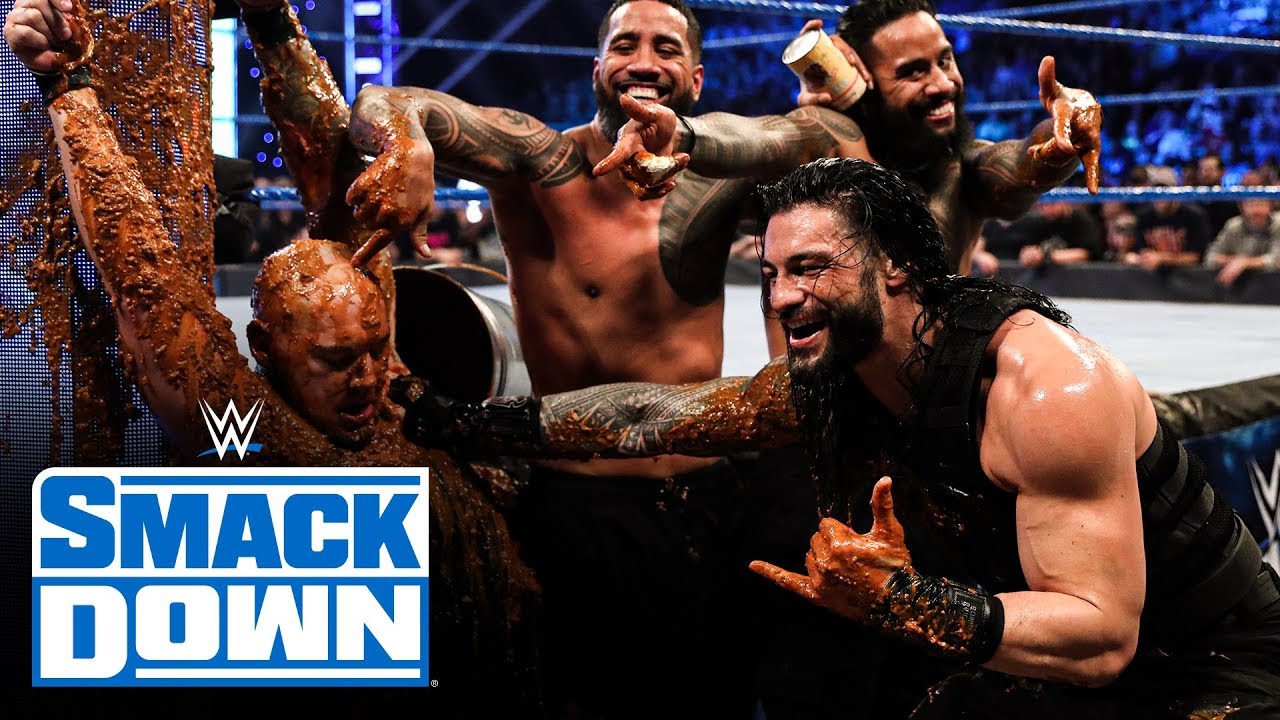 Here’s Charlotte to announce her Wrestlemania decision. She has held the Raw and Women’s Titles more than once and….there’s a Rhea chant. Charlotte says she’s done that too and yes NXT has love for it’s queen but….here’s Rhea herself. Rhea says Charlotte has beaten Bayley and Becky, but Rhea has beaten her. She holds up the NXT Women’s Title and Charlotte smiles at her, only to walk around and leave. Charlotte throws in one more WOO for good measure. 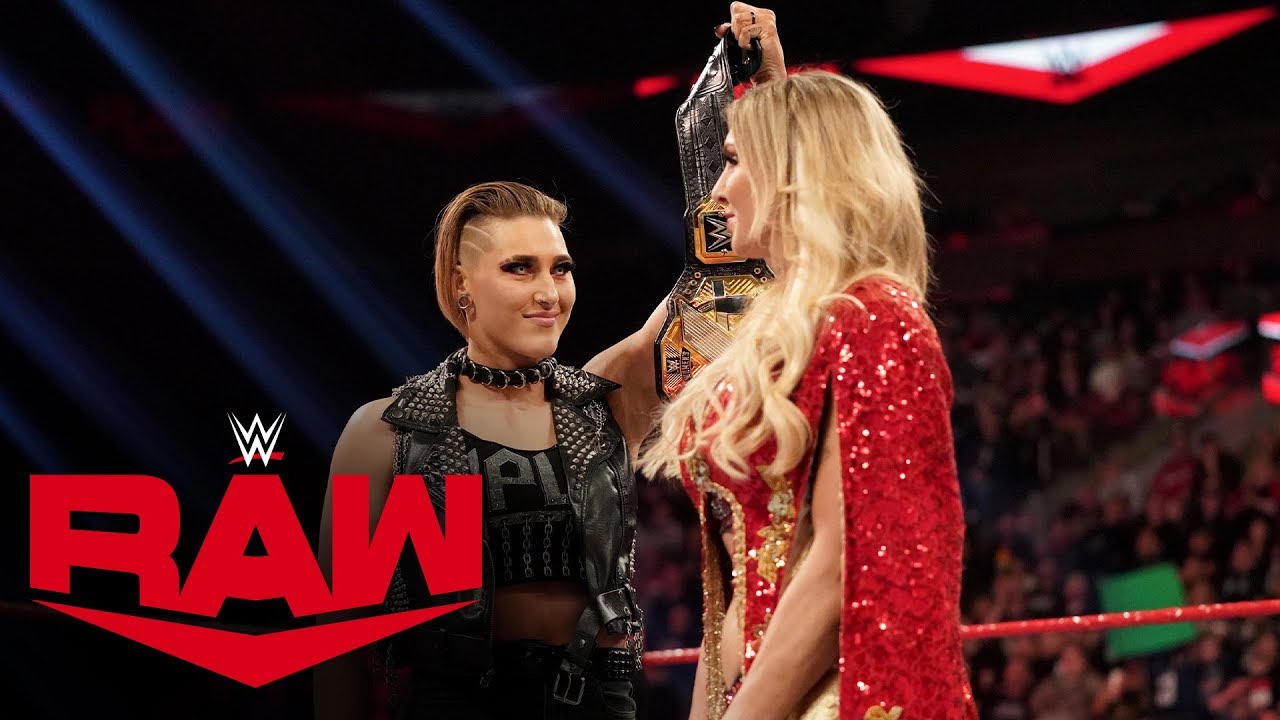 Shelton suplexes him down to start and a backdrop cuts off Cedric’s early comeback attempt. The anklescissors is blocked as well with Shelton kicking him in the ribs for two instead. The chinlock goes on and of course brings Cedric back to his feet, only to get hit in the face again. Cedric is sent to the apron and tries a springboard but gets kneed out to the floor.

Back from a break with Shelton grabbing another chinlock until Cedric fights up with some rapid fire strikes. A dropkick to the back of the head has Shelton in more trouble…until he kicks Cedric in the face for two. Shelton goes up so Cedric runs the ropes for a super Spanish Fly and another near fall. Cedric is right back up with the Neuralizer for the pin at 10:51.

Here’s Orton to explain himself. Orton takes his time before posing on the roles and the fans are not thrilled to see him. He thinks he owes an explanation but the fans are booing him out of the building in a hurry. That turns into an Edge chant and Orton still can’t bring himself to say anything. He finally says he can’t do this, puts the mic down, and walks away. 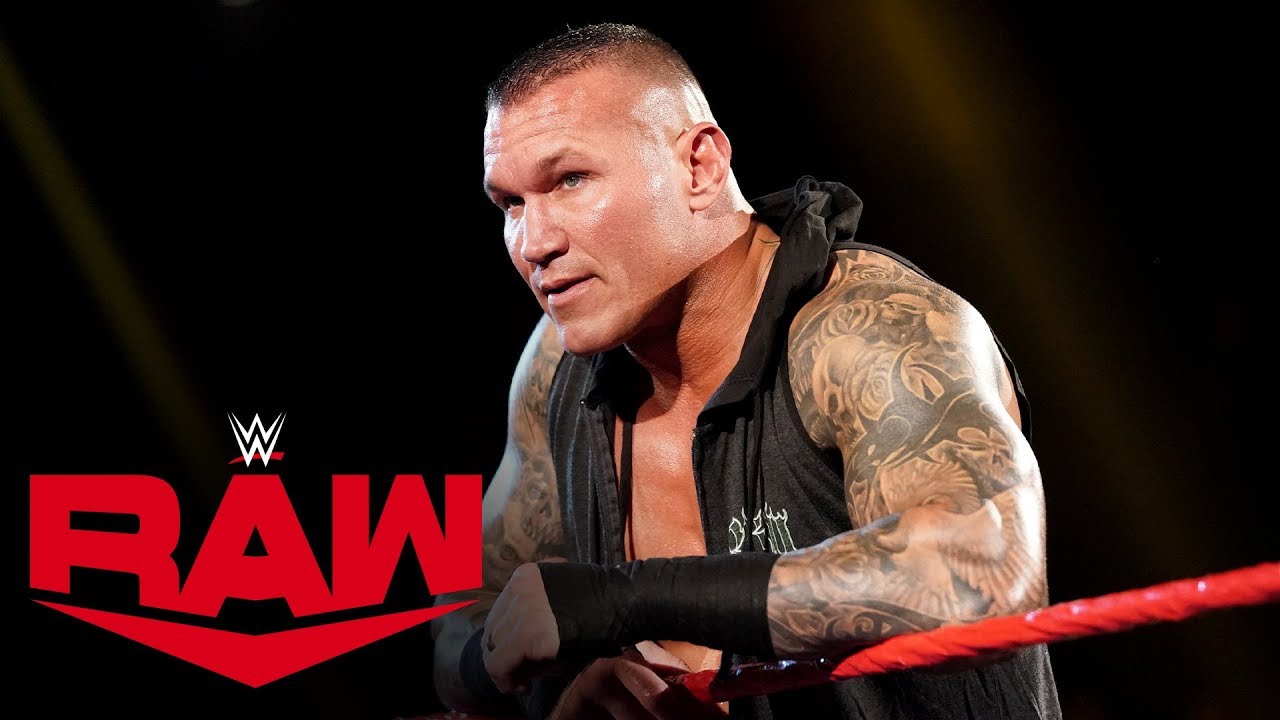 Lashley is sent outside early and Rollins is right there with a Sling Blade to Ricochet. Another shot knocks Lashley off the apron so Rollins can get a quick two. Lashley is back in though and hits a DDT to Rollins and a neckbreaker on Ricochet at the same time. A clothesline puts Rollins on the floor but Ricochet gets in a kick to Lashley’s head. The rolling dropkick puts Lashley outside again and there’s the big flip dive.

Another one hits Rollins and it’s time for the 630…but Buddy Murphy and the AOP run out to wreck Lashley and Ricochet. This brings out Kevin Owens for the save with the Viking Raiders following to clean house as we take a break. Back with Lashley coming back in to run Ricochet over and plant Seth with a spinebuster. Ricochet hits a high crossbody on Lashley though and scores with the springboard clothesline to Rollins.

The running shooting star press gets two with Lashley having to make a save. Another spinebuster hits Ricochet and a lifting Downward Spiral gets two on Rollins. A Blockbuster gives Rollins his own two on Lashley with Ricochet making a save this time around. The Buckle Bomb hits Ricochet but he’s back up with an enziguri to catch Rollins on top. There’s the Tower of Doom, though Lashley lets go of the two of them so it was more like Ricochet superplexing Rollins as Lashley just fell. The 630 hits Lashley for the sudden pin at 13:33.

Post match Lesnar runs in for a quick F5 to end the show.

You have angered the champ: 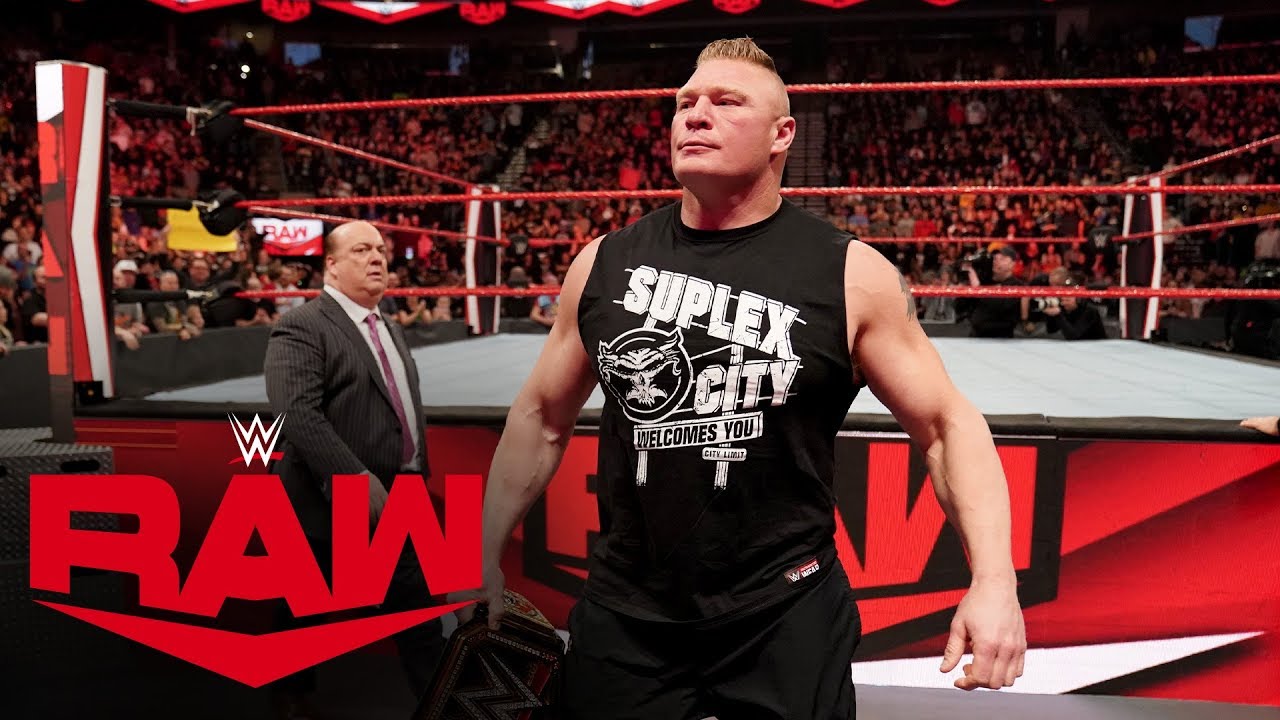 We're Getting There: Major Match With An Interesting Lineup Set For Super ShowDown