Cena really is a star. Wrestlers are a weird breed of celebrities. It’s true that they are famous and on television every week, but at the same time they are known as wrestlers rather than your more traditional celebrities or athletes. This creates a problem as far as drawing interest from the masses. Some wrestlers clear the hurdle though, and that is the case again with one of the most famous wrestlers ever.

There have been very few names in WWE history as big as John Cena. After one of the most successful careers WWE has ever seen, Cena has mostly moved on to Hollywood. He is making a splash there as well, with his career on the rise in a variety of movies and television appearances. His star is on the rise and it will be on display on the most important day of the year in television.

Michelob Ultra has released a commercial that will air on Sunday during Super Bowl LIV. The commercial features Cena and late night talk show host Jimmy Fallon. The two of them are shown training in various sports with Fallon not being able to keep up with Cena. At the end, the two of them share a Michelob Ultra together. Cena has been a guest on Fallon’s show before, with segments airing between matches at WWE live events.

It’s a funny ad. Check out the commercial before it airs: 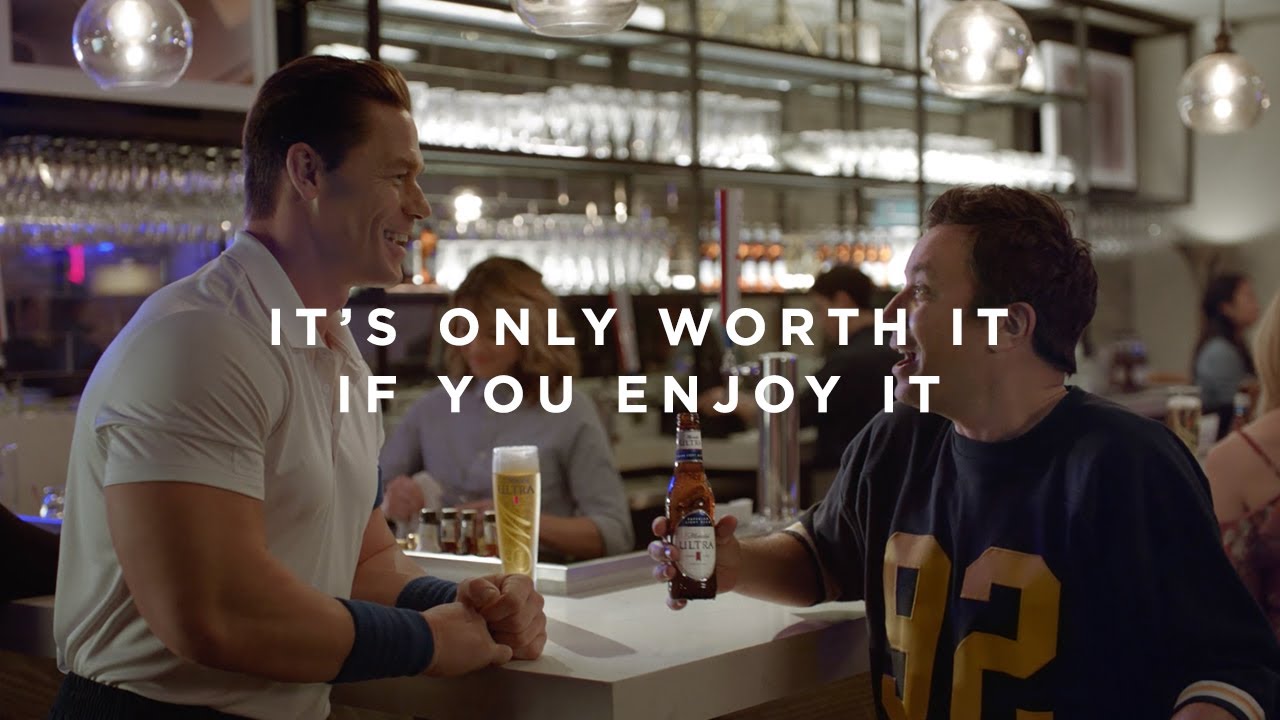 Opinion: Cena really is someone who is becoming a bigger star every single week in Hollywood. He has taken what he learned from WWE and turned it into a rather nice Hollywood career. While he might not be all the way to the top yet, he is certainly becoming someone who can be very versatile in Hollywood. On top of that, he keeps coming back into WWE every now and then for some cameos, which are always appreciated.

Do you like the commercial? How big can Cena be in Hollywood? Let us know in the comments below.

Welcome Back? Ronda Rousey Returning To WWE This Week (Kind Of)

RUMOR: That's A New Strategy: WWE Has A Plan To Rest Its Roster Leading Into WrestleMania 36