VIDEO: I Guess It’s Not Over: WWE Posts Video Of Finn Balor Attacking Trent Seven In A Parking Lot

I guess he’s not a fan. Over the weekend, NXT and NXT UK came together to present the Worlds Collide event, featuring stars from both shows going head to head. The show was rather entertaining with some great matches throughout with the two promotions tying (assuming you count the Kickoff Show match) at three wins each. However, we might not be done with the battle between the shows.

Two of the bigger matches to take place at Worlds Collide included Finn Balor and Moustache Mountain (Trent Seven and Tyler Bate). Balor defeated Ilja Dragunov to open the show, followed by Moustache Mountain losing to the reunited DIY later in the night. You would think that Balor would have been happy with his win, but it seems that he had some extra steam to blow off.

WWE has posted a new video to its YouTube page, showing Balor attacking Trent Seven as Seven got out of his car. Balor choked Seven with the car door and said that he worked on Wednesday nights, seemingly suggesting that Seven should come to NXT and fight him. There was no reason given for why Balor attacked Seven or any word on where this may be leading.

This came out of nowhere. Check out the attack: 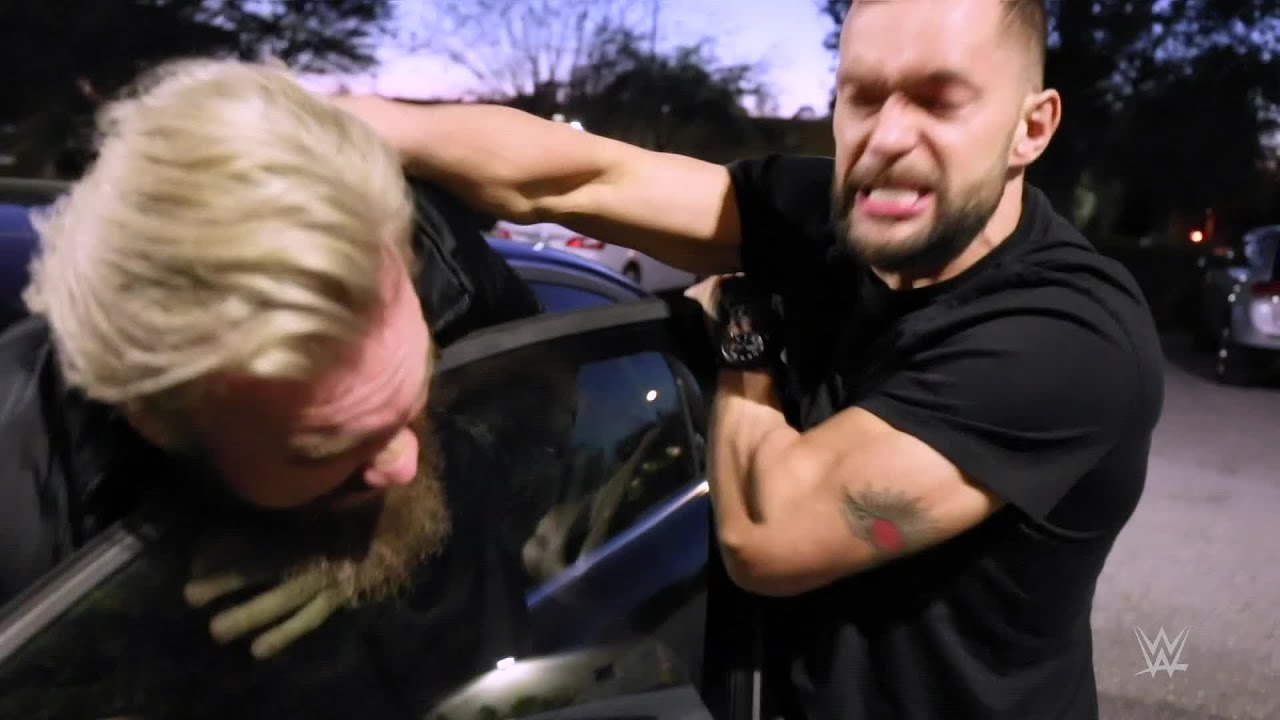 Opinion: I’m not sure I get this. Balor already has a big feud going with Johnny Gargano, who he even referenced during the attack. Does he need a mini feud with Moustache Mountain as well? Unless I’m missing something, there is little reason for them to fight right now. Maybe this doesn’t go very far, but it is something rather random. I’m sure they have a plan of some sort, though I’m not sure of what it is.

Do you like the idea of Seven vs. Balor? Should the feud be happening? Let us know in the comments below.

RUMOR: Say What? More Details On Matt Riddle/Brock Lesnar Altercation, Including What Was Said And The Mood