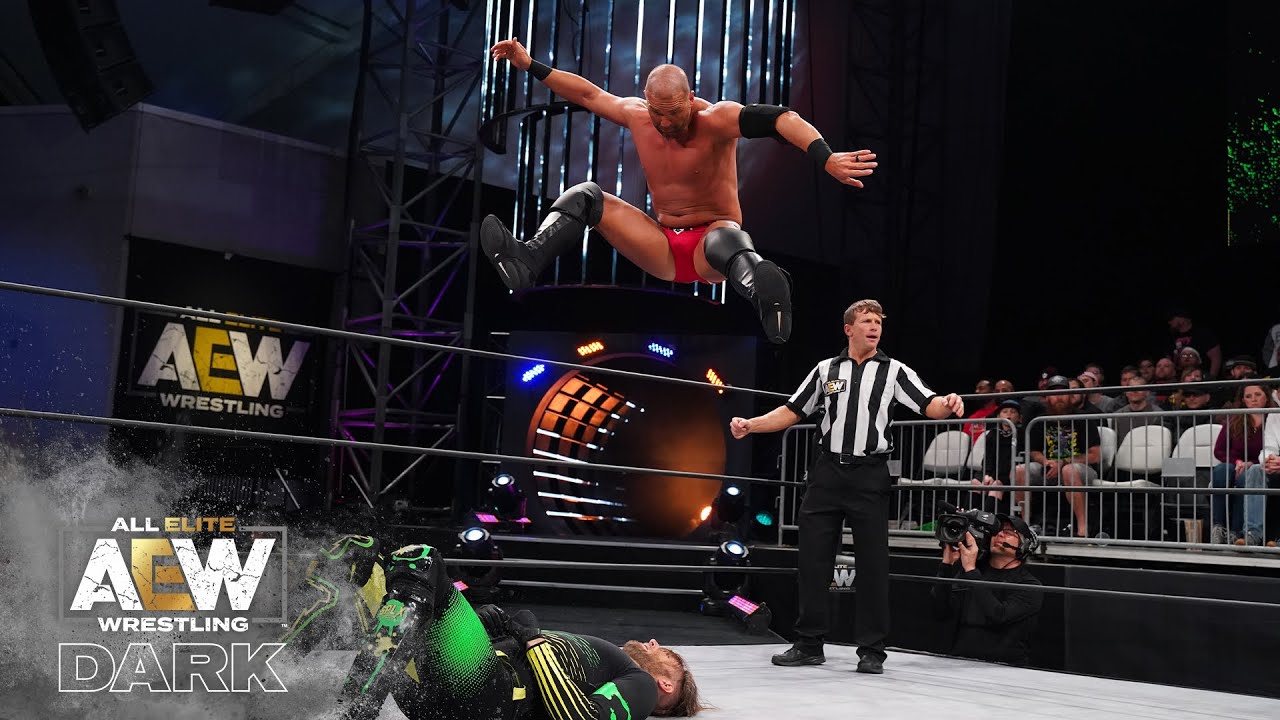 
We’re still down home for Jacksonville and that means…well not much really as these shows have very little connection to Dynamite. As usual though, they need to keep the show a little shorter. Those hour plus shows were causing more harm than good, though they have gotten a little bit better in that area in recent weeks. Let’s get to it.

We open with a recap of Chris Jericho and the Inner Circle offering Jon Moxley a car and a spot on the team.

The hosts preview the card and talk about the Inner Circle offer.

Moore is making her debut and looks a lot like Renee Young in the face. Kong chops her down and hits a running splash in the corner to start fast. She stands on Moore’s hair and hits the spinning backfist to set up a Wasteland. Moore tries a rollup for some reason so Kong sits on her chest, setting up the Implant Buster for the pin at 3:02.

Christopher Daniels says that yes he did botch a few weeks ago but he’s still the Fallen Angel and will prove it tonight.

Kazarian and Sabian start things off with Kazarian grabbing a headlock takeover. Penelope Ford offers a distraction though and Sabian hammers away, only to have everything break down in a hurry. It’s Sabian getting caught in the corner for some triple teaming, including a slingshot dropkick. Angelico comes in so Sky works on his arm and joins Kazarian for a double elbow to the face.

A legdrop gives Kazarian two and it’s a flipping neckbreaker to give Daniels the same. Daniels pauses before going after Angelico again though and gets kicked into the corner so the villains can take over for the first time. A running kick to Daniels’ face gets two and a running knee is good for the same. There’s a dropkick to the floor and Ford adds a hurricanrana from the apron.

A hanging swinging neckbreaker gives Sabian two and it’s off to Evans for a kick to the face. Daniels snaps off a tilt-a-whirl backbreaker though and that’s enough for the hot tag to Kazarian. House is cleaned but Evans hits a rolling kick to the back of the head. A Phoenix splash hits Kazarian’s knees though and it’s time for the parade of finishers. SCULater finishes Evans at 11:34.

That's A Surprise: WWE Is Not Running A Match They Seemed To Be Setting Up

OH YES! One Of The Coolest WWE Items Of All Time Is Officially Coming Back!