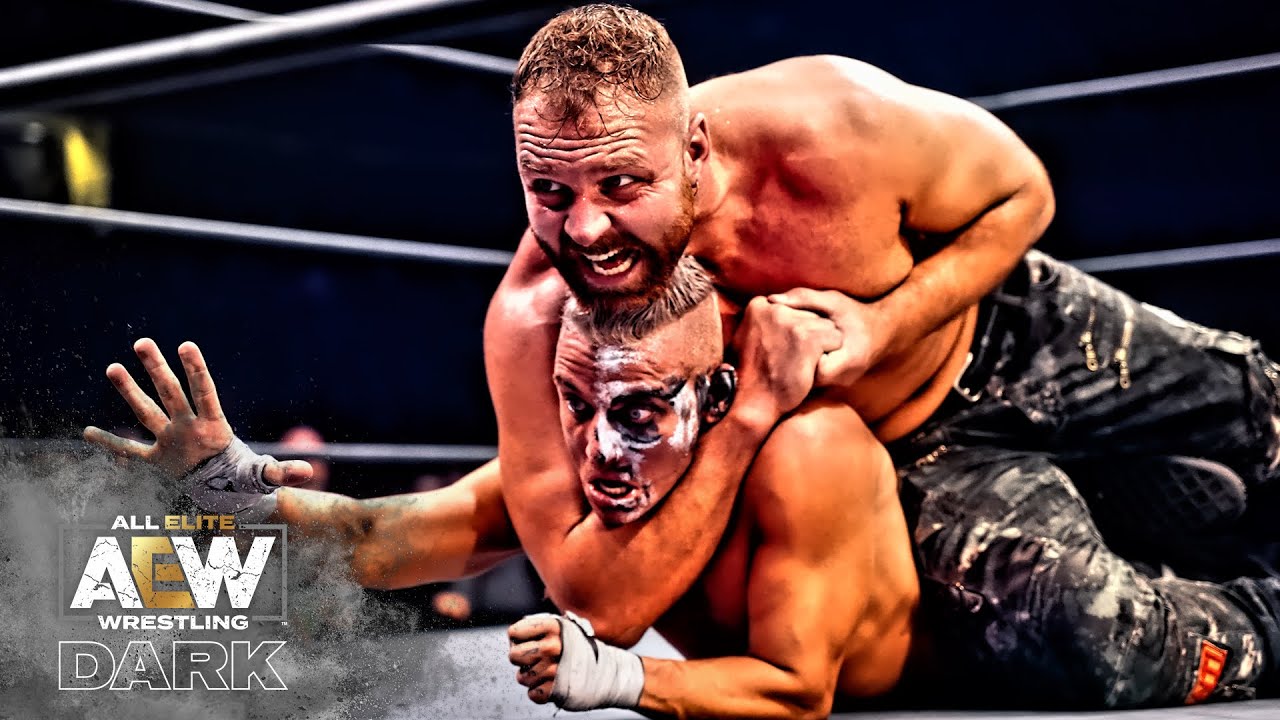 
It’s the end of the year and we’ll be looking at the Best of 2019, despite not having a year’s worth of material to cover. That being said, there’s more than enough to fill in a show like this and it’s better than putting something like this on an episode of Dynamite that no one will watch. Let’s get to it.

The hosts welcome us to the show and tell us what we’ll be seeing.

Omega starts fast with a snapdragon and sends him to the floor for the big dive. Pac gets in a kick to the ribs but it’s another snapdragon to put him back down. The suplex off the apron doesn’t work as Omega gets knocked to the floor with Pac nailing a moonsault as we take a break.

Back with Omega striking away in the corner and hitting another suplex. Omega goes up though and gets caught in a super Falcon Arrow for two. The Black Arrow is loaded up as JR congratulates Excalibur for getting in the Bowling Shoe Ugly line. Omega rolls away to make Pac crash and there’s the V Trigger to set up the One Winged Angel. That’s reversed as well so Omega rolls him into a crucifix for the pin at 12:04.

Private Party weigh 27 ounces of vodka cranberry and come from a place you need an invitation to. Isaiah Kassidy and Nick Jackson start things off with neither being able to hit a superkick. Nick spits his gum in Kassidy’s face so Kassidy flips out of an atomic drop attempt. Kassidy gets caught in a backbreaker/flipping neckbreaker combination to put the Bucks in control. A dive misses though and Kassidy hits a Lionsault to take him down.

Marc Quen comes in and starts busting out his own dives to a BIG reaction. A 450 gets a VERY close two on Matt but Nick is back in to start the Superkick Party. Nick sunset bombs Kassidy, with the powerbomb onto the ramp for a nasty landing. Back in and a powerbomb/Sliced Bread #2 combination gets two on Marc, setting up the Sharpshooter to work on the back even more.

With Kassidy down, it’s a top rope double stomp/backbreaker combination for two more on Quen. A spear gets two more on Quen as Kassidy gets pulled back off the apron. Quen gets over for the tag a few seconds later though and Kassidy comes in with a missile dropkick. He comes up holding his back but is fine enough to hit a double hurricanrana. Matt rolls the northern lights suplexes to bang up the back quite a bit before suplexing Quen at the same time for two.

The buckle bomb/kick to the head in the corner sets up another Sharpshooter, with Nick adding a facebuster. The tap seems near but Kassidy rapid fire crawls over for the tag. Quen makes a blind tag though and it’s the hurricanrana into the cutter (Gin and Juice) to rock Matt. The perfect shooting star press gets two on Nick and that should have been the finish. The Meltzer Driver is loaded up but Kassidy breaks up the springboard, allowing Quen to roll Matt up for the pin at 13:47.

Here’s Cody for an interview but the Inner Circle starts blowing air horns every time he talks. Cody says that this isn’t like the other wrestling company they used to work for and he can come up there and take Jericho out. Jericho makes fun of him and we get a shot of Cody showing the almost entirely empty hard camera side. After that rather bad angle, here are Dustin and MJF (Jericho: “Now I’m supposed to be scared of someone wearing a scarf? Who wears a scarf?”) to even things up a bit.

Diamond Dallas Page of all people is here to even things up and the Inner Circle bails into a locked room. MJF hands Cody the scarf so Cody can break through the glass and the fight is on as they head into the concourse. JR: “They’re gonna destroy Dip N Dots!” Jericho points at the ticket as security breaks things up and takes Cody away.

Back with Riho in trouble and making the mistake of trying a backdrop. Some forearms are cut off by a kick to the face but Riho slips out of a powerbomb. A rollup gets a very close two and the fans aren’t pleased by the kickout. Rose’s Death Valley Driver gets two more and she goes up top, only to get caught with even more forearms. A northern lights superplex gives Riho two so she knees Rose in the face for the pin and the title at 13:27.

For the inaugural titles and they’re just in the ring when we come back from a break. Various teams are watching in the back. It turns into a brawl to start and Pentagon hits the Pentagon Driver for a very early two on Kazarian. The Sling Blade takes Sky down but we settle down to Kazarian slamming Fenix and dropping the spinning legdrop for two, with Kazarian being ready for Pentagon’s save.

Fenix is back up to clean house and Pentagon superkicks Sky on the floor. Sky is sent outside and gets kicked in the face as well, setting up a backbreaker/slingshot legdrop combination to really take him down. Back from a break with Kazarian fighting out of trouble and hitting an Angel’s Wings as an ode to Daniels.

Sky gets the hot tag and everything breaks down (again) with Kazarian somewhat missing a hurricanrana tot he floor. Back in and a pair of tornado DDT drops both Bros for two. SCULater is broken up and Pentagon hits the Pentagon Driver on Kazarian. Fenix’s rolling cutter gets two on Sky, followed by stereo crossbodies to put Fenix and Sky down. Pentagon powerbombs Kazarian through a table at ringside, followed by a splash off of Pentagon’s shoulders for two on Sky. The spike Fear Factor is blocked though and Kazarian cuts Fenix off so Sky can get a small package for the pin at 12:36.

And from Dynamite, November 20.

Allin has a big, special entrance this time with a video of a Moxley body bag being crowd surfed. Allin is then carried to the stage in said body bag for a creepy visual. Moxley comes in through the crowd so Allin takes him down with a dive. They fight into the crowd, including a Thesz press onto the concrete to Moxley. Allin gets thrown back to ringside and an overhead belly to belly makes things even worse for him.

They head inside for the opening bell and Allin hits a shotgun dropkick in the corner. Allin’s high crossbody bounces off of Moxley though and it’s another shotgun dropkick to put Allin in the corner this time. Moxley even chills on the top rope as we take a break. Back with Moxley letting go of an STF, allowing Moxley to hit a running crossbody to the floor. Moxley’s hand is slammed into the steps but he gets knocked off the top, landing on the ropes in the process.

Moxley knocks him to the floor but stops to pick up the body bag, allowing Allin to hit a running flip dive. Back in and a heck of a clothesline turns Allin inside out and it’s time to put him in the body bag. Allin isn’t having that and hits a Stunner, only to get caught in a swinging Boss Man Slam. The Paradigm Shift is blocked and a missed charge into the corner lets Allin get two. Code Red gives Allin two but the Coffin Drop is countered into a rear naked choke. Allin flips backwards for the near fall and Moxley heads up, bites Allin on the head, and hits a SUPER PARADIGM SHIFT for the pin at 11:15.