WWE fans were outraged when Brock Lesnar defeated Kofi Kingston to become the new WWE champion on October 4. The win came on the FOX premiere episode of Friday Night SmackDown, where The Beast Incarnate took the gold in just under 10 seconds.

The WWE faithful bombarded social media with their frustrations and cut loose on the company, who they believed had shortchanged The New Day founder. Critics thought that Kofi deserved better and they certainly believed that Brock had no business becoming WWE champion for a fifth time. The WWE machine had misfired yet again, leaving Kofi Kingston on the outside looking in. The only one who didn’t seem to care was Kofi.

Kingston’s non-reaction on the following week’s SmackDown Live was more than a little surprising. No one walks away from a fight with Lesnar without feeling the effects from it. But considering it was less of a fight and more of a hit and run, Kingston’s character obviously didn’t have much to say.

It seems that all of the fan complaints surrounding Kofi’s treatment as WWE champion were perhaps well founded after all. Kingston held the WWE Championship for nearly six months and during that time, his booking was lukewarm at best. Kofi never abandoned The New Day gimmick and he actually clung to it even more than he had before winning the belt. 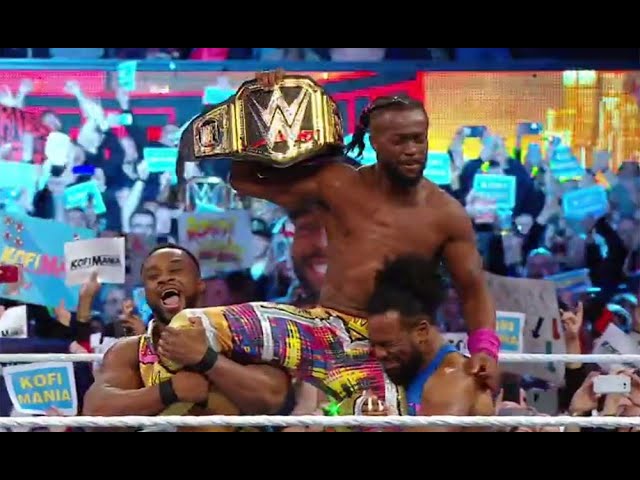 Pancakes and unicorns continued to be the norm, even when Kingston stood across the ring from guys like Kevin Owens and Randy Orton. Kofi was still his carefree New Day self on the night he faced Brock Lesnar, which was beyond belief. Fans felt that he at least should’ve evolved at some point and embraced his new role as top guy. But that never happened.

Kingston was never really given the opportunity to get some teeth and it made him appear to be lower than what he was. The world champion is supposed to be the standard bearer for the company and that was never the case for Kofi Kingston. Kofi went from being a feel-good story to becoming a short-term champion and all of it happened through no fault of his own.

So when he didn’t seem to mind that he was squashed and his dream was shattered, it was a fitting end for a poorly booked run. Fans wanted more and they did not get it. They wanted Kofi to come out like a man possessed after the loss, to feel some sort of emotion and rage that he was defeated. That was especially true since Brock had already moved on to former UFC champion Cain Velasquez, which began in a matter of seconds after Kofi was beaten on SmackDown.

It’s as if Kofi Kingston had won the golden ticket, took command of the factory, then handed the ticket back in and resumed his role in life. Nothing changed for him at all. Kingston did get his WrestleMania moment and no one can take that away from him, that much is true. But it certainly feels as though WWE tried to do just that. But then again, Brock Lesnar always seems to be the go-to choice, despite who’s around to carry the load. 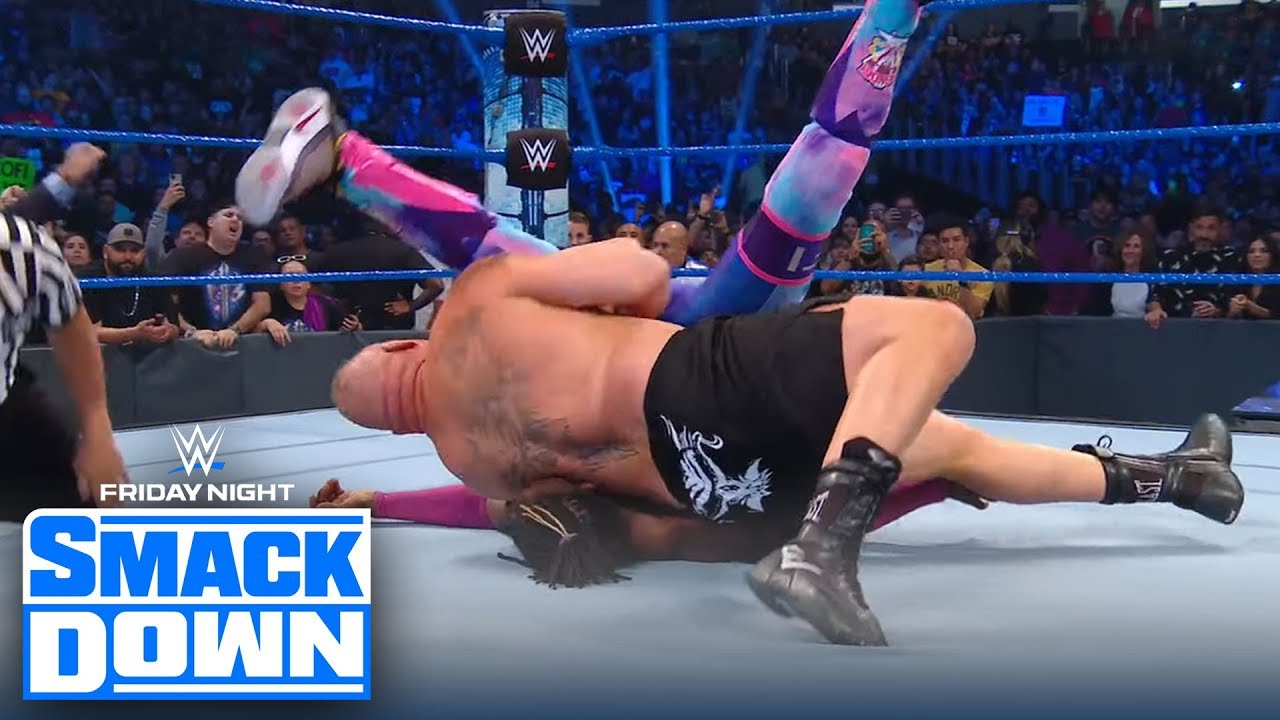 But like Kofi, Brock is doing what he’s told to do. Smashing Kofi and moving to Cain was WWE’s plan. Lesnar can be accused of many things, but being head WWE booker is not one of them. Kingston was given the belt, the storyline ran its course and now it’s back to business as usual. This is what happened and there is no disputing that fact.

However there is some dispute about what all of this means for Kingston’s future in the company. Many fans contend that The New Day is on the road to ruin. The group has been together full-time for over five years, longer than any other faction in WWE history. While they still get a great reaction from the audience, they will likely not last forever. So will Kingston, Xavier Woods and Big E have an epic meltdown like The Shield and then go to war with each other?

The problem is that the WWE Championship is now out of the equation. The belt belongs to Lesnar and it’s probably not coming back around Kofi’s way anytime soon, if ever. Big E doesn’t have a reason to betray Kofi and go on to realize his main event potential, because how can he? Are fans to believe that WWE would give Big E a serious run against Lesnar? But if Kofi was still the champ, then Big E would obviously have a reason to come after him and the championship.

Seth Rollins turned on The Shield to pursue his dreams of WWE stardom. Big E and Xavier Woods could do the same to Kofi, but would that turn now have the same sort of impact? Or would WWE break them up just for the sake of doing it? But not only is The New Day’s immediate future in doubt, the same is true for Kingston as well.

Kofi says he’s not done with Lesnar–is that true? 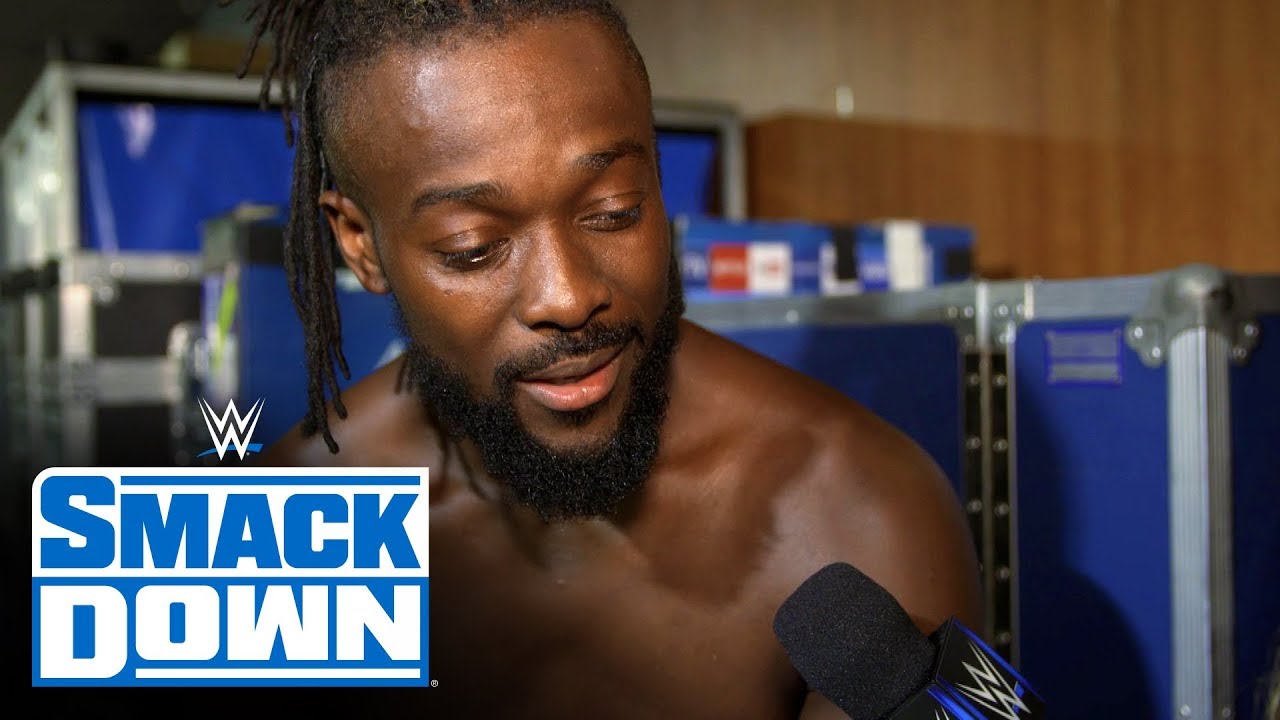 The narrative surrounding Kofi was that he had a great work ethic and deserved an opportunity. That narrative then changed to Kofi getting his shot and achieving his dreams, which meant that if fans worked hard and had faith in themselves, anything was possible. But what’s the narrative now? Dream big, win bigger, then lose and go back to dreaming again? How can fans ever look at Kofi as the underdog deserving of support, when the crown was ripped away from him for no good reason?

Could this turn into a Daniel Bryan situation, in which the fans demand that Kofi be elevated back to the top once again? Is it possible that The New Day could split due to the draft, then Kofi goes to Monday Night Raw to challenge Seth for the Universal Championship? Or is it truly over for Kofi Kingston as the main event player he’s been for six months of 2019?

Maybe Kofi was never meant to last as WWE champion beyond Friday Night SmackDown’s debut on FOX. Maybe he was indeed a fill-in titleholder as many believed him to be. But for any fan that wanted to see Kofi do well and felt that he could become a top star, then all of this is beyond disappointing. Only time will tell if Kofi’s situation changes. Whether or not anyone will care the next time, remains to be seen.