Is the Time Right for Batista vs. Triple H in WWE?

Batista returned to WWE on the 1000th episode of SmackDown Live. The Animal reunited with Evolution at the event and the crowd roared its approval as the legendary group hit the ramp and held court in the middle of the ring.

At one time, Batista, along with Triple H, Ric Flair and Randy Orton, represented the past, present and future of WWE. A lot has changed since then of course but it’s clear that some things will always stay the same. WWE legends draw interest and more importantly, they know how to build anticipation. Evolution did both of these things and now the world is talking about Batista versus Triple H.

The moment came from out of nowhere. Hunter spoke first, followed by Ric and then followed by Randy. The Viper enjoys turning the spotlight on himself of course and that’s understandable. Orton is one of the hottest heels in WWE right now. Of the four men, he’s the only full-time competitor and that means he has to maintain his character. Evolution’s reunion may have been for one night only but Randy Orton is there every week.

But when Batista took the mic, things got real. He admitted he was nervous and when he spoke, every word seemed to be heartfelt. Much of the credit for that goes to Batista of course. Though fans question the former world champion’s ability in the ring, they unfortunately never really give him respect for his mic skills. 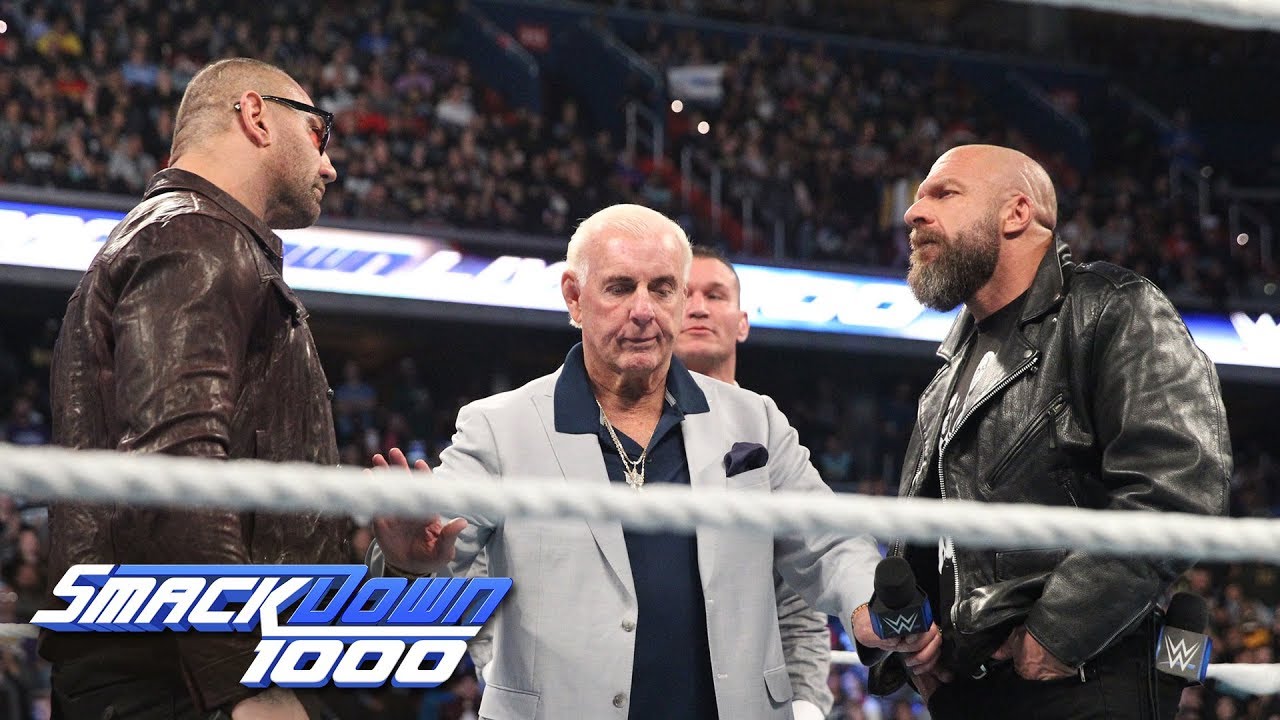 So when Batista reached the end of the promo with a pointed comment to Triple H, the crowd suddenly erupted. No one expected The Animal to take a shot at his mentor but that’s exactly what happened. Instead of focusing on Randy Orton’s heat or Ric Flair’s infamous swagger, fans were hit with the prospect of Batista versus Triple H. But is this match a good idea?

Batista got a tremendous reaction from the crowd but he was in his hometown. The Washington D.C. audience was fully on his side and that was a great thing for the spot. It’s no accident that the idea for this match takes place in front of a pro Batista crowd. Even the most jaded fans watching from home may have been swayed by Batista in this moment, if only because he’s so real.

This was not the same man that returned to WWE in 2014. That Batista was cocky, he was entitled and he was on the road to the WWE World Championship. Everyone knew it and no one wanted to see him win that belt because it was Daniel Bryan’s time. WWE tried to keep Batista as a babyface but it wasn’t meant to be. The fans decided he wasn’t worth their time. Maybe that was unfair to him and maybe it wasn’t. But the timing wasn’t right for him and that’s why his last run ultimately ended in disappointment.

But this Batista is a new man. He’s humble, he’s happy and best of all, he’s evidently not going to pursue Roman Reigns. Though Roman typically receives boos everywhere WWE goes, there’s just no reason to put Batista in the middle of that situation. If the company wants Batista as a face once again, then he needs someone that can heel out to the point of no return. That someone is Triple H. 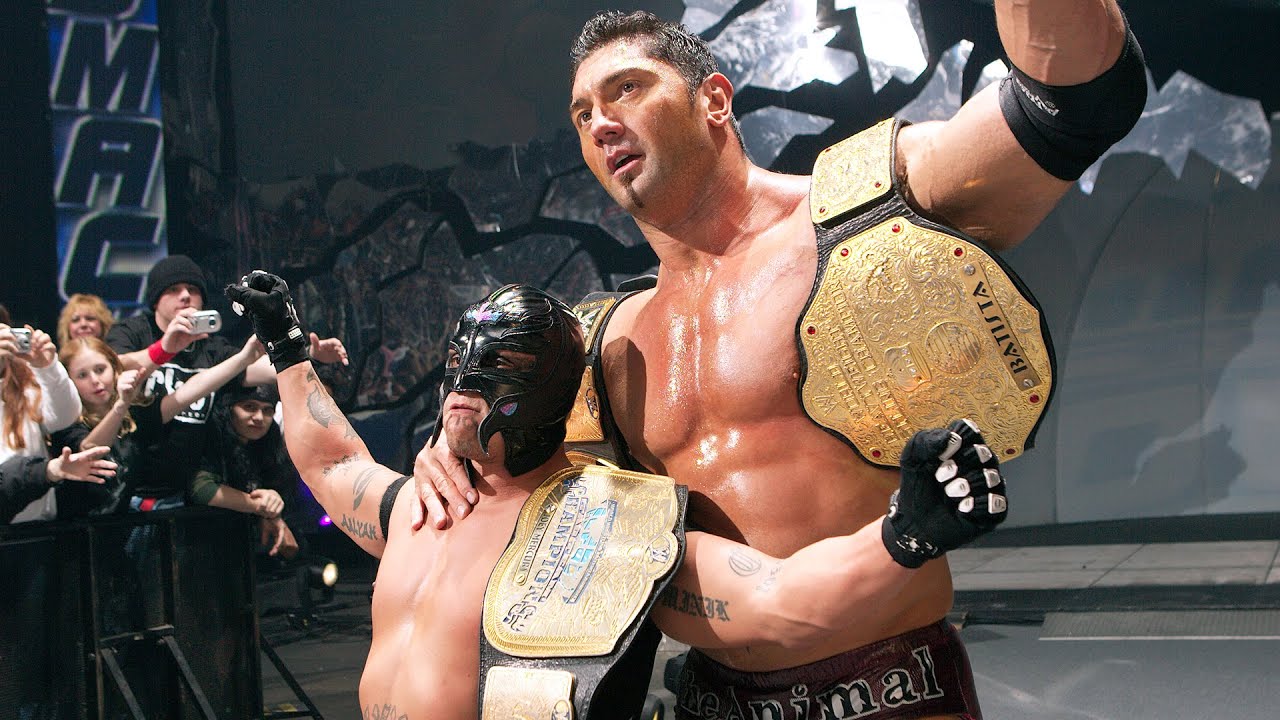 Batista on his favorite SmackDown memories

This is where everything comes full circle for Batista. Without The Game, Batista would never have been world champion. It’s not that The Animal didn’t want it because he most certainly did. But he needed Triple H to mold him in all the right places. Batista went from being Evolution’s strongman to being WWE’s next top guy and he was able to do that because of Hunter.

Of every Superstar The Animal worked during his singles run in WWE, it was Triple H that did the most for Batista. Batista always stepped up his game against his former Evolution teammate and the two always had quality matches. Batista was on point for much of his time in WWE but he never looked that good against anyone else. Triple H brought out the best in Batista and that’s why their rivalry was so successful. It’s obvious that when Evolution reunited, Batista’s timing could not have been better.

But where does that leave the fans? The subject of part-time versus full-time has really never been more debated than it is now and that’s due to veteran Superstars returning to the fold. The Undertaker, Kane and Triple H himself are all on the road to Crown Jewel. However that road has been paved with the doubts of countless fans who are wondering why this match has to happen.

Even Shawn Michaels, who always claimed he would never return to active competition, is coming back at Crown Jewel as well. Now the possibility is there that The Heartbreak Kid could go on one last run and potentially even end that run against AJ Styles at WrestleMania 35. But this is where Batista has an edge over HBK.

Watch Batista talk about his training: 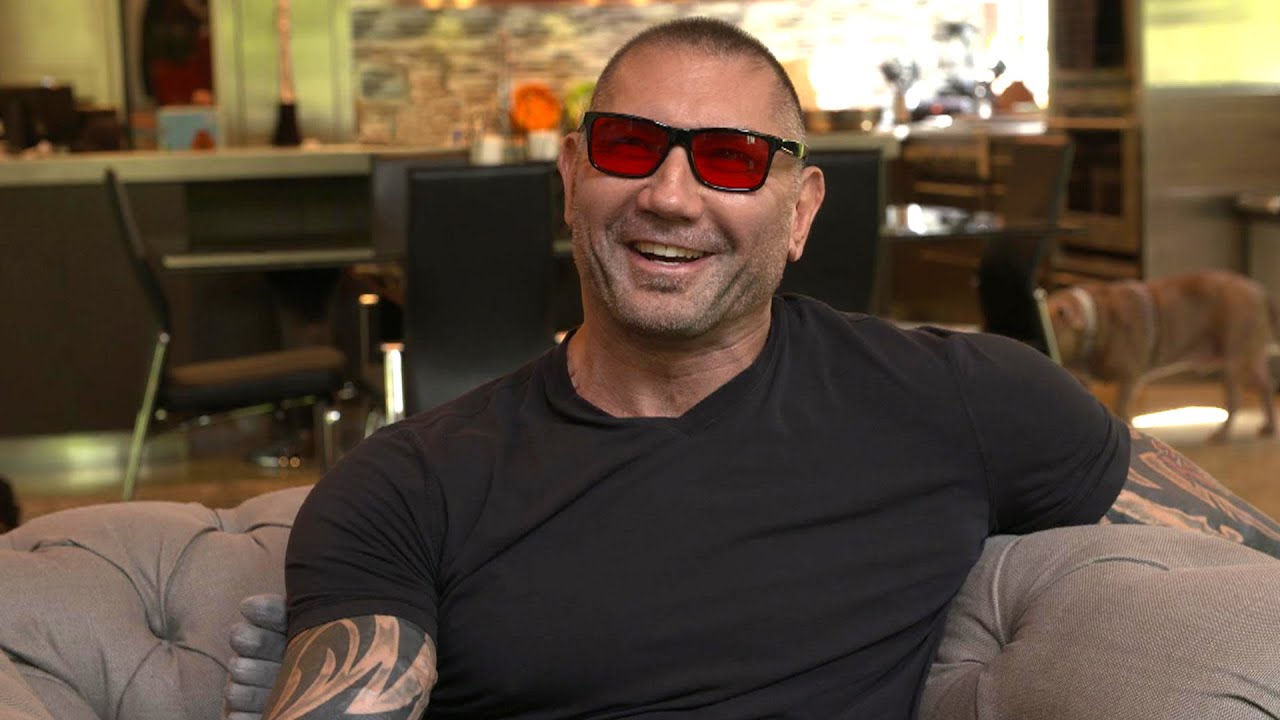 Inside the wrestling school that trained Batista and other greats

Whereas many fans regard Shawn as a man that went against his word, Batista is the exact opposite. Most fans agree that Batista did not have a fair shot when he returned in 2014 and that’s due to his booking. Under the right circumstances and in the right environment, a Batista return is not only fitting; it’s logical. Batista never had a retirement match. He never said he was finished as a pro wrestler. This return is less about selling tickets than it is about Batista getting the run he should have had before.

As far his character is concerned, Batista should definitely be a babyface once again. That may seem like the wrong move, especially considering how the WWE faithful turned on him four years ago. However this time, Daniel Bryan is not a factor. This is all about Triple H and just how good The Game can be at getting a babyface over. Then there’s the fact that Batista has established a tremendous amount of goodwill with fans thanks to his work as Drax the Destroyer in Marvel Studios’ Guardians of the Galaxy.

Batista has a great sense of humor, he has comedic timing and best of all, he’s having fun. This is all connected to the idea that Batista is a regular guy that genuinely loves the business and loves WWE. His return was met with cautious optimism by fans at home, much like Goldberg’s return in 2016. In both cases, fan reaction was overwhelmingly positive. Enough time had passed for Goldberg. Is the same now true for Batista?

Only time will tell if fans outside of Batista’s hometown will continue to support him. The Animal’s booking will determine that. It’s unknown how Batista will look once he gets back in the ing again. But when it comes to making Batista look like a star, Triple H will most definitely ensure that happens. Whether or not Batista’s eventual return will be successful from start to finish is anyone’s guess.

Kevin Owens Undergoes Successful Knee Surgery; How Long Will He Be Out?