Watch: Braun Strowman Is an ‘Elf Among Men’ in Latest WWE Christmas Parody


WWE uploaded to their official YouTube channel the latest Christmas short featuring Braun Strowman as the ‘Elf among men’ in what is an absolutely hilarious video.

The video, featuring Strowman and WWE cruiserweight Drew Gulak is a parody on the popular Christmas film ‘Elf,’ which stars ill Ferrell, James Caan, Zooey Deschanel and Bob Newhart to name a few.

The video, lasting three minutes roughly, will have you in a fit of laughter as you watch the gigantic Strowman act out as Buddy the Elf and tries to deal with being in the ‘real world,’ after having served as one of Santa’s elves for the majority of his life.

WWE also recently released a christmas short featuring The Miz and Maryse. If you would like to watch that, you can do so here.

If you would like to check out the hilarious video, we have included it below! Let us know what you thought of it on our social media or in the comments below. 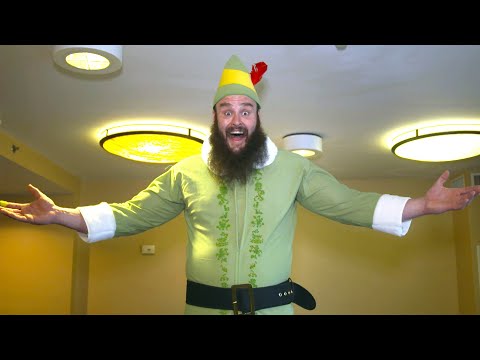 Braun Strowman is The Elf Among Men: A WWE Christmas movie parody

What did you think of the short? What should WWE parody next?